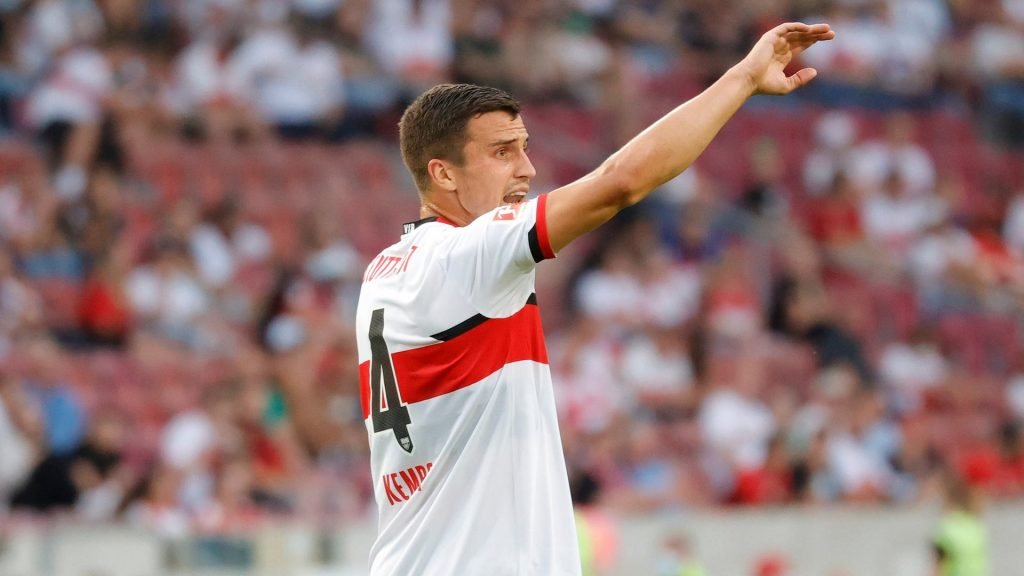 We are back with the best weekly Bundesliga betting tips while the 2021/22 campaign inches closer towards the finish-line with Matchday 32 coming up this week.

This past Saturday, Bayern München sealed its 10th consecutive Bundesliga crown after moving into an unassailable 12-point lead at the top of the standings with only 3 more rounds of fixtures left to play. Borussia Dortmund saw its title-challenge reach the end after losing to Der Klassiker at the Allianz Arena. Meanwhile Bayer Leverkusen reclaimed 3rd spot in the league-table while RB Leipzig fell to an unlikely loss that dropped it down 4th position once again. Freiburg stays in the hunt for a top-4 finish and occupies 5th place in the table with Union Berlin in 6th position.

At the opposite end Greuther Fürth, Arminia Bielefeld and Stuttgart are still the 3 teams in the drop-zone. Greuther Fürth has already been relegated while Bielefeld is 6-points off safety in 17th position. Stuttgart remains on 16th spot after losing to Hertha Berlin with the latter moving 4 points clear off the bottom-3 while 14th placed Augsburg also notched a crucial win to create a 7-point buffer.

There is nothing left to play for Borussia Dortmund after yielding the title while it is also guaranteed of finishing the campaign in 2nd spot. Bochum lies 8 points above the drop-zone on 13th position although its Bundesliga survival is almost ensured now.

For this fixture, our Bundesliga betting tips experts would suggest opting for the 2.45 offering on the home-team in the Match Result & Both Teams to Score Market. At home, Borussia Dortmund has only dropped points against the top-4 sides to notch 12 wins from its 15 league-games at Signal Iduna Park, but taking only 4 clean-sheets. Bochum has tasted 10 losses in its 15 away-matches in the Bundesliga although it has scored 8 times in its last 8 league-games on the road.

The 2.08 line on Over 3.5 Total Goals seems to be another worthwhile betting-option in this encounter. On home-turf, Borussia Dortmund possesses the best scoring-record in the Bundesliga with an average of over 3 goals per game. Bochum has the 3rd worst scoring in the division averaging less than a goal per game, yet it has managed to get 5 goals in its previous 5 away-games.

Borussia Dortmund 3-1 Bochum at 10.0 on Sportaza

Being unable to make any improvements to its dreadful away-form, Mainz dropped out of the top-half once again onto 10th position. Bayern München registered its 5th straight league-win in last week’s Der Klassiker to clinch its 10th Bundesliga title in a row.

According to our Bundesliga betting tips experts, taking the 2.71 offer on the home-team in the Win Either Half market is arguably the standout betting-pick for this clash. Mainz has bagged 6 victories from its previous 8 home-games in the Bundesliga scoring 16 goals while allowing the opposition to score only 3 times in the process. And Bayern München has conceded 6 times in its last 5 league-matches on the road despite scoring 11 times in this period.

The 2.36 line on the Double Chance for a home-win or draw is another excellent bet for a handsome price. Mainz has gone down to only 2 defeats in 15 league-matches at Mewa Arena while it also owns the best defensive-record on home-turf having only conceded a mere 8 goals thus far. Bayern may not get many goals here while it may lack impetus following its triumph and the manager could also make a host of changes to the team.

Having gone off the boil over the past month and a half, Hoffenheim remains in 8th spot in the league-table for the time-being. In contrast, Freiburg has been quite consistent over the last few weeks as it continues its search for an improbable top-4 finish.

For our Bundesliga betting tips experts, the eye-catching 3.00 price on the away-side in the Match Result market is the probably best betting choice for this fixture. Hoffenheim has now gone through 6 league-games without a win, scoring only 4 times while allowing the opposition to get 11 goals in this period. On the other hand, Freiburg has notched 5 wins from its past 9 league-matches while netting 18 goals and conceding 11 times during this spell.

The 3.40 line on the away-team to Score in Both Halves seems to be another fabulous betting-option for this encounter. Hoffenheim have been quite poor at the back lately having allowed the opposition to score during both the halves in 4 of its previous 5 fixtures. Meanwhile Freiburg is enjoying a good spell in front of goal having scored during both periods in each of its last 3 Bundesliga games.

Borussia M’gladbach ensured its Bundesliga survival after opening up a 10-point gap to the drop-zone but it stays in 11th position for now. Leipzig fell to a surprise defeat at home last week which dropped the club down a notch to 4th spot in the table.

For this encounter, our Bundesliga betting tips experts would recommend taking the mouth watering 3.00 line on Over 2.5 Goals for the away-team. Borussia M’gladbach possesses the 3rd worst defensive-record in the division and has conceded 21 goals over the course of its previous 9 league-matches at Borussia-Park. Besides, Leipzig has been in excellent scoring-form lately, especially on the road, having netted 22 goals during its previous 7 away-games in the Bundesliga.

The 2.50 offer on the away-team for the Match Result & Over 2.5 Total Goals is another superb betting-pick in this clash. Borussia M’gladbach has taken 5 defeats from its past 9 home-games in the Bundesliga, scoring 7 times in this period and conceding at least 2 goals in 7 of those matches. Leipzig is averaging more than 3 goals per game in its last 7 league-matches on the road and has also conceded 7 goals during this time.

Borussia M’gladbach 1-3 Leipzig at 13.0 on Sportaza

Bayer Leverkusen took a vital win to move back up to 3rd spot but its form against top-half teams is not really encouraging. Eintracht Frankfurt occupies 9th position at present but is not in particularly good shape despite reaching the last-4 of the Europa League.
In the opinion of our Bundesliga betting tips experts, the 2.40 price on Under 1.5 Goals for the home-team could be a rewarding bet for this fixture. While Bayer Leverkusen does have the 3rd best scoring average in the Bundesliga, it has not been in great touch in front of goal lately having scored only 2 goals in the past 3 home-games. Moreover, Eintracht Frankfurt has done quite well on the defensive end and has allowed just 4 goals in its previous 4 league-matches on the road.

The 2.90 line on Yes in the 2nd Half Both Teams to Score market also makes a superb bet for a significant prize in this clash. Bayer Leverkusen has struck 10 goals in the 2nd half of its previous 8 league-matches at BayArena while it has also allowed the opponents to score 8 times in this period. Eintracht Frankfurt has managed to score 5 goals while conceding 3 times during the 2nd half of its last 5 league-games on the road.

Only the best betting tips and predictions from BetGold