2021/22 Bundesliga Players of the Season 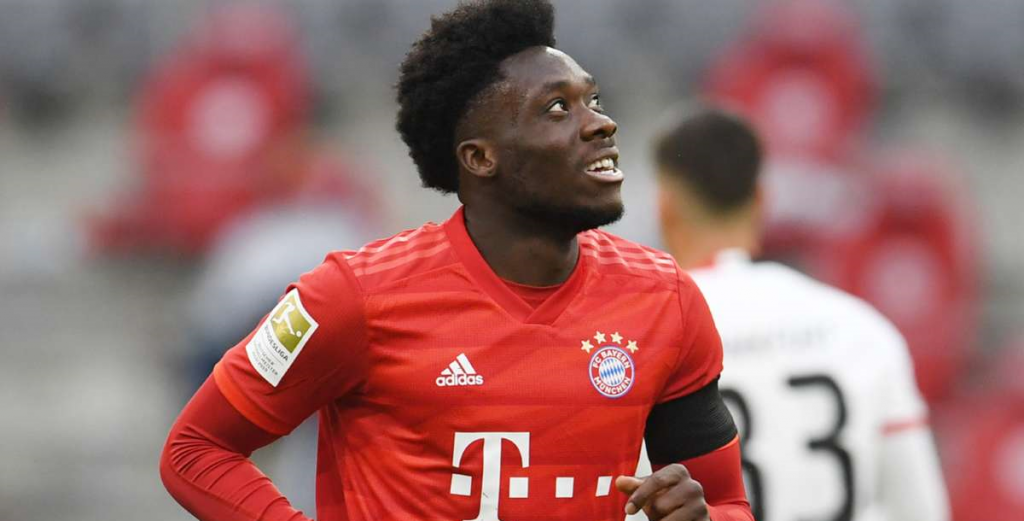 As we approach the end of the midseason transfer-period, the 2021/22 Bundesliga has already completed the opening few fixtures to the 2nd half of the campaign. While the league-season is currently going through a periodic international-break, we take this opportunity to look back at the standout performers in the division and also take a peek at some of the prominent signings by various Bundesliga clubs during the January transfer-window.

In this piece, we have a compilation of what we consider to be the best XI players of this Bundesliga season, with a brief profile of their exploits in the current campaign and their seasonal ratings

Rating: 7.0
Although Bayern possesses the best defensive-record, Freiburg custodian Mark Flekken gets our nod as the man between the posts. Having made himself the first-choice at the club, the Dutch goalkeeper has started in 18 of their 20 league-fixtures and has conceded just 16 goals while picking up 7 clean-sheets, of which 5 have been earned away from home. His efforts in goal have been a critical part for Freiburg’s strong showing this season with a frugal defence being the hallmark of their success.

Rating: 7.4
In his meteoric rise over the past few seasons, Alphonso Davies has become a vital piece in the Bayern backline. The Canadian has grown into one of the top performers of this glittering squad and his utterly blazing pace on the field has turned him into one of the iconic players of the Bundesliga. The 21-year old left-back has produced 4 assists in 15 starts with 5 clean-sheets but a bout of Covid followed by a mild heart-condition will make him unavailable for the upcoming matches.

Rating: 7.4
Having impressed during his loan-period at Union Berlin last season, Nico Schlotterbeck has immediately become a critical figure at the heart of the Freiburg defence. Besides the 2 matches he missed due to Covid-19, the 22-year old central-defender has started every league-fixture this season, being part of all their 7 clean-sheets and winning an astonishing 3.1 aerial-battles per game. For a team such as Freiburg, which is formed on the bedrock of defensive-organisation, Nico Schlotterbeck is one the major reasons as to why they are contending for their maiden top-4 finish in the Bundesliga.

Rating: 7.1
Eintracht Frankfurt has not been amongst the most impressive teams this season but Evan Ndicka has nevertheless emerged as one of the brightest young centre-backs in the division. After making a fairly low-key start to the campaign, Ndicka has shown consistent progress during the past couple of months, with an average of 1.9 successful tackles, 4.2 aerials-won and 4.6 clearances per game. The France U21 international has been quite handy in the opponent’s penalty-box as well, having contributed 2 goals and 2 assists from his 18 appearances this season.

Rating: 6.9
Borussia Dortmund has been quite ordinary defensively despite being in contention for the Bundesliga title, Thomas Meunier has been a most consistent performer for their backline on both ends of the field. The right-back has made 16 starts this season, the most amongst the defenders at the club, having missed their 4 games only through Covid or injury. While the Belgian has scored 2 goals and provided 5 assists, he is also averaging 1.4 clearances, 1.4 successful tackles and 1.4 aerials won per match.

Rating: 7.7
Much like his teammate Alphonso Davies who also had to spend a spell on the sidelines with Covid, Joshua Kimmich is another vital component in the Bayern machine. Nowadays deployed at his favoured role in central-midfield, Kimmich has been instrumental for Bayern München despite being limited to just 14 starts this season. Besides his 3 goals and 5 assists, the German playmaker has 87 % passing-accuracy along with 1.3 successful tackles and 1.4 clearances per game and he is yet to pick up a yellow-card this season.

)
Rating: 7.4
After a breakthrough campaign last year which catapulted him as one of the brightest young talents of the Bundesliga, Florian Wirtz, the new wonder-kid of German football, is coming through leaps and bounds. The 18 year-old is up to his previous season’s tally of 5 goals, having already marked a career-high 9 assists in the current campaign. Unsurprisingly, his stellar displays gave him his debut for the German national side last year and he looks a serious prospect for Leverkusen if they can keep him at the club.

Rating: 7.6
While he is known to have a somewhat enigmatic personality, there can be no doubts about Leroy Sané being an attacking-player of the exceptional category. After a fairly tepid first season at Bayern München, the German international has been an ever-present for the side in the current campaign, having missed only 1 Bundesliga match due to Covid. The 26-year old has already equalled his tally of 6 Bundesliga goals from last season while he also laid down 7 assists for his teammates so far.

Rating: 7.5
Christopher Nkunku has been in dazzling form up front even though Leipzig has endured some tumultuous moments during this Bundesliga campaign. Upon becoming the first-choice on the left-wing for his side, Nkunku has surpassed his previous-best for both goals and assists while he featured the top-scorers in the Champions League as well despite his team getting kicked out of the competition. The 24-year old Frenchman has started each of the 20 Bundesliga matches producing 9 goals and 11 assists thus far.

Rating: 7.9
Named Bundesliga ‘Player of the Season” and UEFA Champions League ‘Forward of the Season’ last year, Erling Haaland is undoubtedly the most-coveted footballer in Europe at this present time. Despite injuries limiting him to just 13 league-starts in the Bundesliga, he has retained his superb scoring-rate with 16 goals so far, which keeps him on-course to surpass his excellent haul from the previous campaign. Moreover, the Norwegian striker has provided 10 assists for his teammates while he also averages 4.1 sprints and 1.9 aerials-won per match.

Rating: 8.2
Without including Robert Lewandowski, the reigning FIFA & UEFA ‘Men’s Player of the Year’, a list of the top Bundesliga performers would basically not have any justification. The 33-year old Polish striker is ageing like fine wine, having already extended his goals-tally to 23 for the current campaign, which keeps on-track to break the record-haul for a single season that he set last year. Lewandowski recently notched his 16th Bundesliga hat-trick to reach a stupendous milestone of 300 goals in the German top-flight.

Top Signings of the 2022 January Transfer-Window