Golden Boot Predictions for the Bundesliga

You are here: Home »  Blog » Golden Boot Predictions for the Bundesliga 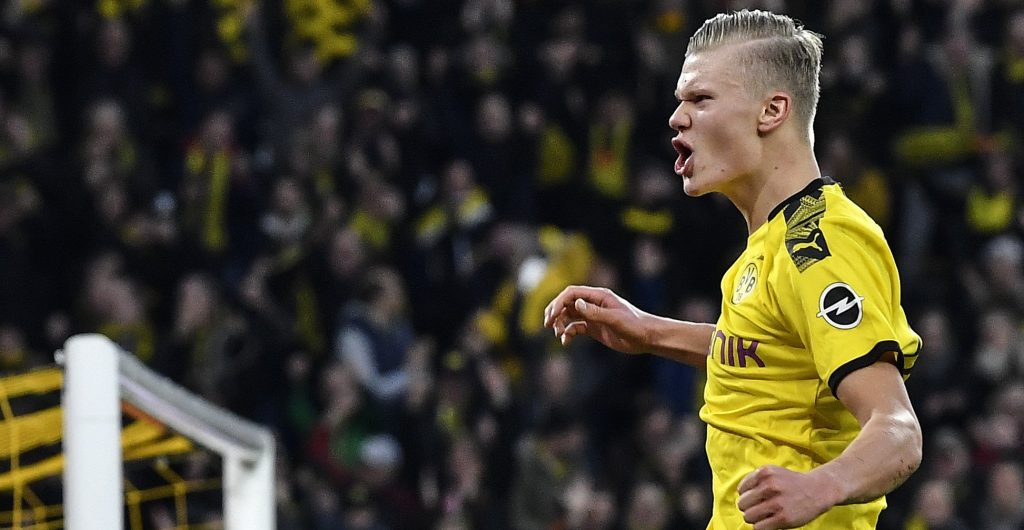 It is the classic “two horse race”: the battle between Robert Lewandowski and Erling Haaland to score the most goals in the Bundesliga 2021/2. At least that’s according to the bookies. But we should remember in the race for the Golden Boot in the Bundesliga, André Silva scored a lot of goals last time, Patrik Schick is a top striker and this season there are some exciting young challengers like Florian Wirz. So are the bookies right that it is a straight battle between the ever-green Bayern Munich striker and the Borussia Dortmund hit man? And if so, which one of these great strikers will win?

Who will be top Bundesliga scorer this season?

Golden Boot: How to Bet Successfully

We actually extended our list to 22 players so we could include André Silva – who was only behind Lewandowski last season and netted 28 times). And we thought it would be rude to delete Thomas Muller.

Our advice is: look for long-term scoring pedigree, ignore someone who is scoring more than usual. Only bet on strikers to finish Bundesliga top scorer. Go for a player for one of the very top clubs, as they will get more opportunities. Think about injury record, whether they will be first choice, and international duty (remember it is the African Cup of Nations this year, to the fury of many top clubs in Europe).

Also keep in mind that the two strongest candidates to be Bundesliga Golden Boot both attract lots of interest outside Germany, particularly Haaland. If for example Manchester City decide in January that what stands between them and winning the Premier League is their lack of a world class centre forward (OK, any centre forward) then that Haaland release clause could be triggered. At the moment though it looks as if Bayern Munich and Borussia Dortmund will do almost anything to keep hold of their star men, in January at least.

Yes, you knew already: Lewandowski is hot favourite to be top scorer in the Bundesliga this season.

The question, though, is whether he represents the best value bet. ,

Yes, Lewandowski has ended the highest goalscorer in the Bundesliga four years running. He claimed the Golden Boot on two earlier occasions.

His total goals last season was 41 (gulp) and that was the biggest haul ever in the Bundesliga.

As Lewandowski looks to beat Muller’s record to win the Bundesliga Golden Boot yet again no one would be massively shocked.

Last year he scored 13 goals more than Silva and 14 more than Haaland in 3rd place.

He took 137 shots against 117 for Silva and 93 for Haaland. (The other two must have wondered what more they had to do!)

Of these, almost half were on target, five more than Silva and 15 more for the young Norwegian.

He was getting 5 shots a match compared to 3.83 for the Portuguese and 3.5 for “the Terminator”.

The result? Lewandowski got 2.38 shots on target per game, compared to 1.96 for Silva and 1.86 for Haaland. And that, my friends, is why Lewandowski won the Golden Boot.

But that is now history and Lewandowski is another year older.

The stats show Haaland is just getting better and better.

He has netted 7 in 5 and is now getting more shots per game than Lewandowski. He has struck 26 shots and half have been on target.

Lewandowski this season is converting every 90 minutes, while Haaland is every 60 minutes.

His only rival scoring wise so far is Wirtz, but his undoubted Golden Boot glory will surely come a few years further on.

Silva hasn’t played us much so he is harder to assess – but given RB Leipzig are struggling a bit (though these two factors are surely related) its questionable whether he can compete this year with the other two.

Odds on Who Will Be Bundesliga Golden Boot “Kicker”

BetGold tip: Lewandowski is a legend, only a fool would dismiss his chances. But the stats show Haaland is starting to overhaul him. Haaland is also great value.

Claim a Bonus an Bet on the Bundesliga Golden Boot

See our latest bonuses. So use a bookmaker’s cash to place your bet! Bet on the Bundesliga Kicker or Golden Boot winner.