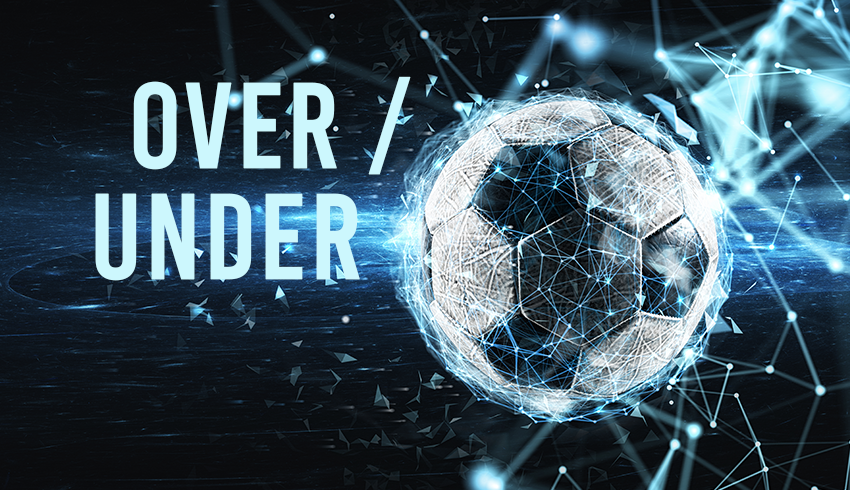 Sometimes football matches can be predictable in special ways: at times you can’t easily tell what team is more likely to score, but you get to observe that a particular game is likely to have lots of goals, or the opposite, the game may seem likely to be closed and balanced.

To bet on the goals is very interesting and potentially profitable: it is one of the markets that attracts the most number of expert statisticians that don’t know much about sports: at the end of the day, the number of goals of a football match can be ‘observed’ with the eyes of a mathematician in a ‘colder way’, and this big interest in the market from a statistical point of view makes it one of the most active, liquid and profitable football betting markets out there.

The world of betting is full of jargon, but the over/under markets are among the easiest to understand. When you bet on ‘overs’ you are betting that the game (or a portion of the game, like the 1st or the 2nd half) will produce more than a certain number of goals.

If you bet on over 2.5, if the game gets to have 3 or more goals, you win the bet, and if the game produces 2, 1 or zero goals, you lose it. Under bets work the opposite way.

Brazilian Série A Over Betting Tips

When we have strong hosts like Flamengo, Grêmio and Palmeiras playing at their domains, you can usually expect a good number of goals.

When big teams suffer a goal at the begin of a game, especially against underdogs, such goals are prone to ‘setting the match afire’, i.e. the game tends to become quite open and likely to produce goals.

Some goals have the power to make a game quite slower in terms of action, and live betting on under selections often proves to be interesting: when big teams are winning at home, sometimes it is very easy to ‘sense’ when the team is already starting to save energy to the upcoming match.

Some substitutions also ‘communicate’ quite often that a winning team is not so interesting in scoring more and more goals, imagine that Gabigol is substituted when Flamengo is winning 4-0 at 75’: it’s easy to see that goals aren’t so likely to happen in this hypothetical fixture.

The best indication that a game could be interesting to bet on overs or unders is when you identify a tendency such as ‘potentially open game’ or ‘a game likely to be closed and balanced.

Derbies are usually more likely to be balanced games that are likely to produce less goals too.

Asian Handicap Over / Under markets are bit more complicated in terms of calculating the odds, but the essence of what constitutes a good over/under bet is the same regardless the type of odds used, i.e. European over / under or AH O/U.