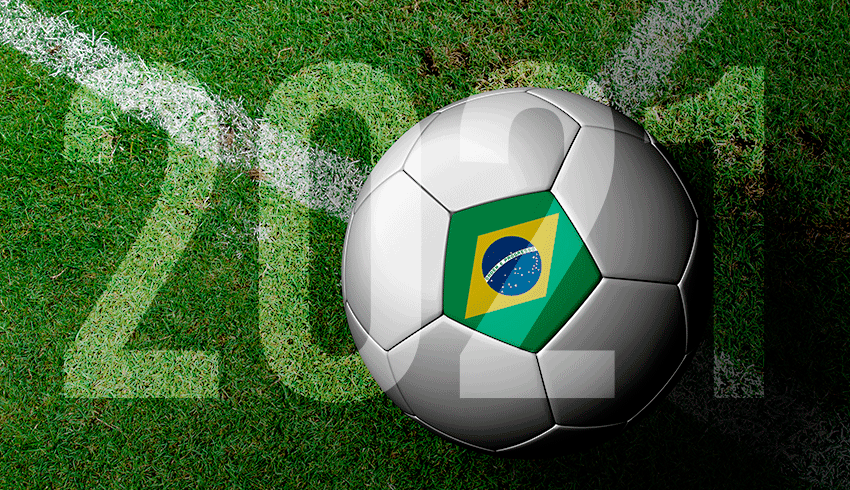 The Brazilian Série A is in full swing for the current season, as the campaign currently finds itself in the middle stages of the Brasileirão football league. Indeed, the Brazilian Série A season has remained extremely competitive as there are a number of football teams and players continuing to perform at a high standard, thus making the tournament as exciting as possible.

Last year’s season of the Brasileirão saw Flamengo run away with the championship as they managed to acquire a total of 90 points from their 38 Série A matches played. Both Santos and Palmeiras finished some distance behind them, though, as they each managed to record 74 points from their 38 matches. At the other end of the table, Avaí FC, Chapecoense, CSA and Cruzeiro all had disappointing seasons in the brazilian Série A as they were relegated to Série B as each of them failed to win more than eight games.

Flamengo had three of the most prolific players in the Brasileirão last football season, as Gabriel Barbosa, Bruno Henrique and Giorgian De Arrascaeta all finished in the top five for most goals scored in the brazilian Série A. Barbosa led the charts with 25 goals, which was four more than team-mate Henrique who finished second. Uruguayan De Arrascaeta hit 13, whilst also providing the most assists with 14, as they romped to the 2019 Brasileirão.

The 2020 edition of the Brasileirão promised to be a little different from the norm, although that should not come as a surprise. The brazilian Série A season would usually run from May to December, however the current campaign was rescheduled and started in August 2020 and will run until the end of February 2021.

São Paulo currently lead the way at the top of the Brazilian Série A as they continue to pick up victories, thus widening the gap between them and the likes of Atlético Mineiro, Flamengo and Grêmio.

Corinthians, Vasco da Gama and Botafogo will surely be disappointed with how their own respective seasons of the Brasileirão are going, as they find themselves struggling in positions that are a little low for where they should be in the table.

There have already been a number of managerial movements this brazilian Série A season as well, with many individuals either having been sacked or having been hired by other clubs because of the job that they have been doing. For example, Flamengo have already dismissed Domenec Torrent – who replaced Jorge Jesus after he joined SL Benfica after he won the Brasileirão last season – and have since replaced him with Rogério Ceni who was doing an impressive job with Fortaleza football team.

Last Brasileirão season’s top players also appear to be struggling with the change to the Série A schedule this season, as they do not feature near the top of the goalscoring charts. Indeed, Internacional’s Thiago Galhardo currently leads the table with 15 goals, whilst Santos’ Marinho sits just behind him in the standings of the Brasileirão. The Santos’ forward, though, does sit at the top of the assists chart with 6, whilst Galhardo is just behind him with 5.

There are a number of exceptional football players currently featuring in the Brasileirão this season, as well, with individuals such as Dani Alves, Fred, Everton Ribeiro, Keisuke Honda, Salomon Kalou and Andrés D’Alessandro just a handful of them.

There are still a number of Brasileirão football matches to be played and with the Brazilian Série A still rather wide open, football bettors could be in for a great final part of the 2020 Brasileirão campaign. São Paulo are certainly the brazilian Série A team to beat at the moment as they have managed to limit their defeats to just two so far, but the Jorge Sampaoli-led Atlético Mineiro are not far behind and nor are Flamengo, despite having made a couple of managerial changes in their quest to retain their 2019 Brasileirão title.

However, due to the finishing time of the football season – with the brazilian Série A action scheduled to be completed by the end of February 2021, it is currently unknown if the Brasileirão will return back to its more traditional dates of May to December.