You are here: Home »  Blog » Brazilian Série A Winner Outright Odds For 21/22 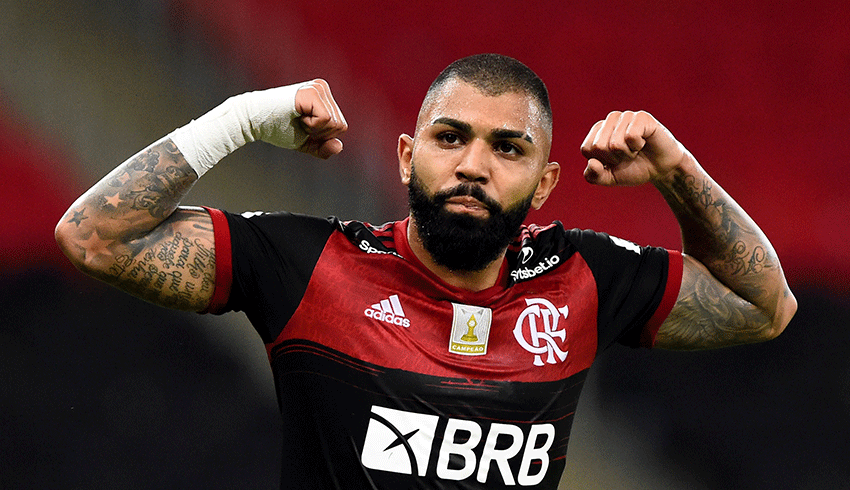 Flamengo is looking for a hat-trick of Série A titles by winning for the third season in a row. Here BetGold looks at the odds, investigating who are favourites and who are outsiders, giving you our tips on who to bet on.

Flamengo Are The Favourites Again

Flamengo are fancied by the bookies to lift their 3rd title in a row – which would be their 9th in total – after they narrowly saw off a challenge from Internacional on the final day of last season, despite losing 2-1 to São Paulo.

But it looks like being a competitive season with Atlético Mineiro and São Paulo also tipped. Whatever happens it promises to be another crazy year with mid-week games in front of empty stadiums due to the pandemic.

Flamengo Winner Outright Odds Are At 2.5

Flamengo are widely available at 2.5 to become the Brazilian Série A winners. For those new to betting, that means the experts reckon they have a 40% chance of retaining their title. São Paulo winner outright odds though, are at 6.5 will be looking for revenge as they will be furious they did not win last season. They were leading Série A by seven points, only to collapse by winning only two of their last 11 matches.

For Flamengo becoming the Brazilian Série A winners was all the sweeter, after a poor start to the season which saw them bottom after three matches and with Ceni guiding them to the title – their third manager of the season – once being an idol as a São Paulo player.

Flamengo started this campaign of the Brasileirão in impressive style with a 1-0 win over Abel Ferreira’s Palmeiras at Maracanã last weekend, with Pedro scoring in a close encounter.

Who Else Can Challenge For The Brazilian Série A Title?

Atlético Mineiro are second favourites (23% chance) at 4.3 with São Paulo third favourites (representing a 15% chance). Palmeiras are 7, Grêmio 11 and Internacional with an apparently generous 17, suggesting less than a 6% chance of winning a trophy they came within a point of winning last season.

Other big clubs include Fluminense (who are looking to bring back Chelsea defender Thiago Silva) (26) and Corinthians 51 – proof that fame doesn’t interest bookies.

Who Are The Brazilian Série A 21/22 Outsiders Worth Betting On?

When trying to decide who to bet on, our betting tips would be to avoid the favourite Série A champions in 21/22, Flamengo as to us there simply isn’t enough value there with those Brazilian Série A winner outright odds. BetGold would suggest you will find better value looking at some of the outsiders, such as Internacional looking to have nice odds.

Palmeiras are certainly worth thinking about: they are often strong contenders having won in 2016 and 2018 and were third in 2019. They only finished a disappointing 7th last time out because they were concentrating on cup competitions. If you must go for one of the favourites, Atlético or São Paulo look better value than Flamengo.

How To Profit Betting On The Brazilian Série A?

Our advice would be to take the exclusive betting bonuses you are offered right here at BetGold with either KTO or Dafabet, and then bet on one of the outsiders. As we say here at BetGold, always bet bold.