19/20 Brazilian Série A Round 6 Results Analysis 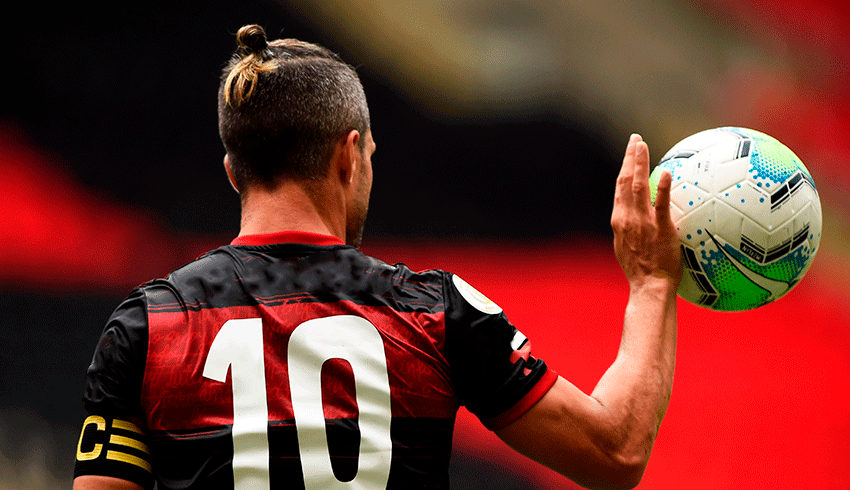 Before round 6 and at the end of round five, sampling is still not ideal for producing conclusions about the Brasileirão 2020, but some facts must be taken into account to analyse the situation of the BetGold football sports betting market for the next Weekend.

International leader of Porto Alegre has won 4 games in five matches, a positive retrospective, however, relatively recent results such as another defeat in a Grenal and the fact that they lost points to Fluminense – a very unstable side – cannot be ignored.

It is probably too early to say just based on the leadership situation at the end of round 5 that Inter is one of the favourites to fight for the Brasileirão, especially the complicated injury of Paolo Guerrero that ruled the player out of the Brasileirão 2020.

Flamengo: Hard Tests In the First Rounds Of The Série A

After losing in the first rounds, Flamengo demonstrated that despite having had an excellent 2019, it the team does not seem to be at a level above all as the situations of teams like Barça / Real Madrid in Spain or PSG in France , Flamengo will have a hard way to maintain the same level of protagonism of 2019 in the year 2020.

Rafinha’s departure has the potential to be supplied by the talented Chilean Isla, however it is noteworthy that Isla became famous playing a little more as a RW/RM than the efficient defender Rafinha, who returned to European football to play in Greece after a winning season in the red black.

Certainly, many were surprised and imagined seeing Fla in the 1st place at the end of round 5, which shows that the Brasileirão 2020 will be an exciting and unpredictable tournament like all editions of the most prestigious tournament in Brazilian national football.

Grêmio: Only Unbeaten Team In The Brazilian Série A With 5 Games Played

Among the teams that have already played five games, Grêmio is the only team that has not lost, but also only won once so far against Fluminense.

Considering the fixtures of all Brazilian teams so far, it is fair to say that Grêmio may have had the most challenging schedule, having faced three of the four great teams from Rio (Fluminense, Flamengo and Vasco) in addition to Corinthians in just four games.

Many teams will lose games to Corinthians and Flamengo and the two points collected against these teams have their value, remembering that Grêmio even lost a penalty against Corinthians. The gaúchos play this week against Caxias in the finals of Gauchão and will have the game of round 6 postponed.

Analysis As Of The End Of Brasileirão’s Round 5

The Brasileirão presented more or less what was expected, with some surprises, such as the high number of points collected by Inter even after the serious injury that took Guerrero out of the Brazilian Championship 2020, and Flamengo’s two defeats in the first two rounds.

An unpredictable motivation and Grêmio rotating squad in Brasileirão is not surprising due to the recent history of Renato’s Grêmio, but the fans certainly expected more focus on the Brasileirão. The negative highlight is Coritiba, which has already fired a coach, as well as Sport Recife.