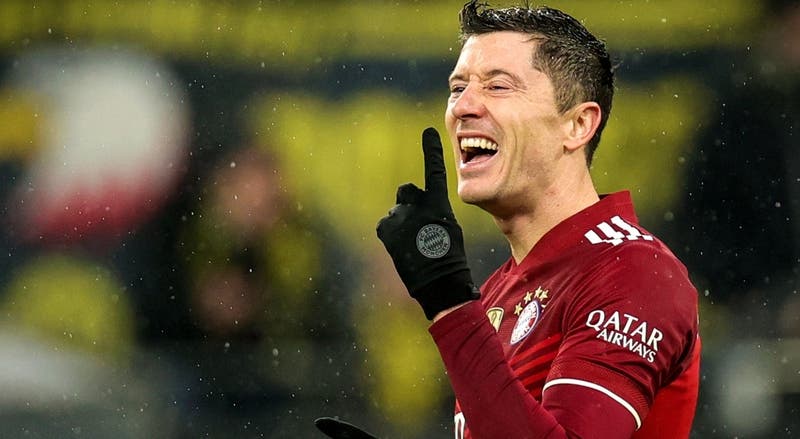 The 2nd half of the 2021/22 Bundesliga campaign rolls on with Matchday 19 coming up this weekend. Bayern München has begun the New Year on the wrong footing although it continues to enjoy a sizable lead in the standings with 43 points. Borussia Dortmund has trimmed the gap down to 6 points with Hoffenheim, Freiburg and Bayer Leverkusen presently comprising the top-5 positions, respectively. At the other end Augsburg, Arminia Bielefeld and Greuther Fürth remain the 3 teams in the relegation-zone.

After enduring a miserable December, Dortmund started the latter half of the season in strong fashion with a fine comeback-win last week. With just 2 wins from the last 8 fixtures, Freiburg has dropped to 4th spot in the table.
Our betting-experts reckon the 2.32 offer on Over 3.5 Total Goals to be a favourable bet for this fixture. Dortmund has scored 2 or more goals in every home-game this season but has managed to keep only 2 clean-sheets so far. Meanwhile, Freiburg has scored 12 goals in its past 6 Bundesliga matches and enjoys a good scoring-record away from home as well.

The 1.72 line on the home-team for the 2nd Half Result looks a promising punt, too. Dortmund has scored a goal during the last 45 minutes in 7 of the 9 league-games at Signal Iduna Park. Freiburg has netted only 4 goals during the 2nd Half of its 9 away-matches in the Bundesliga.

Having collected 28 points at the end of Round 17, Union Berlin currently occupies 7th position in the Bundesliga table. Hoffenheim is enjoying a good run at the moment and lies 4 points further ahead in 3rd position.
According to our Bundesliga experts, the 1.95 price on Over 1.5 Goals for the home-team looks a decent offer. Union Berlin is averaging fewer than 1.5 goals this season but they might be able to score a couple in this encounter. Hoffenheim has been in free-scoring form, but it has also conceded 15 times in the previous 6 league-matches on the road.

The 1.86 betting-odds on Both Teams to Score & Over 2.5 Total Goals seems a decent punt, too. Union Berlin has failed to open its account in just 2 of its 9 home-games this season. On the other hand, there have been at least 3 goals scored in 7 of the 9 away-matches for Hoffenheim.

Ending last year on a high, Köln continued its momentum to squeeze in to the top-6 spots of the Bundesliga table. Bayern will be eager to bounce back from its insipid home-defeat last weekend to keep its lead at the top intact.

For this fixture, our betting-experts would suggest choosing the 2.64 price for Over 2.5 Goals in the 2nd Half. Köln has scored 18 times in its 9 home-games of this Bundesliga campaign, of which 16 have netted in the last 45 minutes. At the same time, Bayern München has notched 11 goals in the latter-period of its previous 6 league-matches.

In any case, the 1.69 line on Over 3.5 Total Goals provides a safer bet at a shorter price. Köln is averaging 2 goals per game at home this season and has failed to score in only home-game till now. Moreover, Bayern has scored 3 or more goals in 7 of its 9 away-matches in the Bundesliga.

Bundesliga Extra Betting Tips
Win Both Halves: Bayern at 2.80 on Zodiac Bet
2nd Half Result & Both Teams to Score: Bayern & Yes at 5.25 on Zodiac Bet

Following a miserable end to the 1st half to the season, M’gladbach earned a precious win that has lifted the club to 12th spot. Leverkusen failed to get a win from the last 4 games which will keep the club in 5th position for now.
The 2.18 offer on Over 3.5 Total Goals presents a good bargain in the view our Bundesliga betting-team. At least 3 goals have been produced in 5 of the past 6 Bundesliga matches featuring Borussia M’gladbach. Furthermore, there has been an outcome of more than 3 goals in 5 of the past 7 league-games for Bayer Leverkusen.
At a fairly shorter price, the 1.65 line on Over 2.5 Total Goals & Both Teams to Score seems a decent pick. M’gladbach has failed to score in just 1 of its last 6 matches but has not kept a clean-sheet in that period. Leverkusen has also not earned a clean-sheet in its previous 6 league-games.

This is a huge clash to avoid relegation for both these sides down at the foot of the Bundesliga table. With27 points in its tally, Bielefeld can move out of the drop-zone but Fürth must grab a win to keep alive its slim hopes of survival.
Our betting-team would recommend the 2.05 offer on 2nd Half to be the Half with Most Goals. Even though Arminia Bielefeld does not get many goals, it is in good form having netted 8 times in the last 5 games with each of those strikes coming in the latter period. Besides, Greuther Fürth has conceded at least 2 goals during the last 45 minutes in 6 of its 9 away-matches.

The 2.10 line on the home-team for the 2nd Half Result is another attractive option in this fixture. Bielefeld is unbeaten in the previous 3 games with a couple of 2nd half goals in each one. Fürth has let in 21 goals during the latter period of its 9 away-matches while scoring only 3 times in the process.

The best online betting offers are here on BetGold.