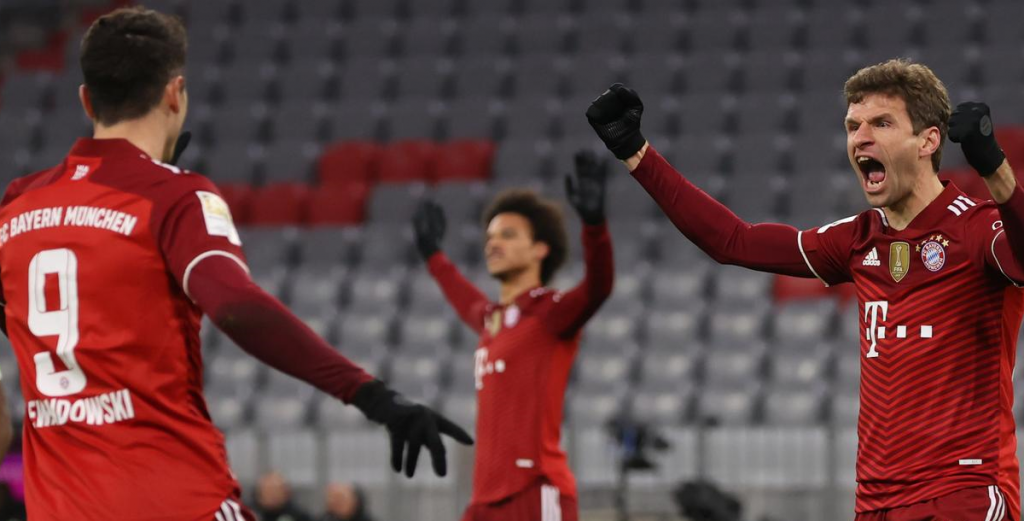 Having taken 49 points from 20 matches, Bayern München continues to hold a tight grip on top-spot in the Bundesliga standings, with Borussia Dortmund remaining 6 points back in 2nd position. With 35 points, Bayer Leverkusen keeps the 3rd spot for now with a slender 1-point advantage over 4th placed Union Berlin, while Freiburg and Red Bull Leipzig make up the rest of the top-6.

On the opposite end of the table, Arminia Bielefeld has moved out of the drop-zone to put Augsburg back in the bottom-3 alongside Stuttgart and Greuther Fürth with Wolfsburg hanging just above the relegation-spots.

After a positive 1st half to the season, Mainz has run into a difficult period lately which has dropped the club down to 10th position. Hoffenheim has also fallen to 7th position in the standings after successive league-defeats.
To our Bundesliga betting tips experts, favouring the home-team for the Match Result at odds of 2.50 sounds a pretty good choice here. Even though Mainz lost 5 of its last 8 league-fixtures, it still picked up wins in all 3 home-games in this period with successive clean-sheets. Meanwhile, Hoffenheim has suffered 5 defeats in its previous 9 Bundesliga matches on the road.
The 1.75 line on the home-team to Win Either Half is a slightly more secure bet. Mainz has the best defensive-record on home-turf and has let in a mere 5 goals with 6 clean-sheets in 10 league-games at Mewa Arena. So even if Hoffenheim has netted 11 goals in the past 4 away-games and its 9-match scoring-run could well come to an end here.

Köln has shown steady form over the past couple of months and moved up to 8th position despite failing to win the last 2 matches. Freiburg got back up to 5th spot in the table although it has only won 2 of its past 6 fixtures.
According to our Bundesliga betting tips experts, the 2.45 price on the home-side for the 2nd Half Result is the standout bet for this fixture. Köln has scored 18 goals at home in this league-campaign of which 16 have come during the latter period. On the other hand, Freiburg has managed to get only 5 goals in the last 45 minutes despite having a fine away-record this season.
The 2.06 offer on the away-team in the 1st Half Draw No Bet market gives a fine option, too. Köln has failed to score in 2 of its last 3 home-games and has netted only 2 times during the 1st Half of its 10 Bundesliga matches at RheinEnergieStadion. Besides, Freiburg has the 3rd best defensive-record in the division, keeping 5 clean-sheets from its 10 away-fixtures this season.

This may be a tighter contest than the odds suggest with Bayern manager Julian Nagelsmann taking on his former club. Leipzig is climbing up the table after a positive bounce with the arrival of manager Domenico Tedesco.
In the opinion of our Bundesliga betting tips experts, the 2.55 line on the Double Chance for a draw or away-win can be a rewarding punt for this clash. Bayern may have the 2nd best home-record in the division but has tasted 2 losses in its past 7 league-games at Allianz Arena. Meanwhile, Leipzig has won 4 and lost only 1 of its 6 Bundesliga matches since the arrival of the new manager.
For a safer bet, the 1.71 line for Under 3.5 Total Goals looks a good option at more favourable odds. While Bayern is the leading scorers in the division and also has the best defence, it has netted more than 2 goals in just 2 of its last 7 home-games. Besides, Leipzig has managed to score only 7 times on the road this season but has let in just 4 goals in its past 6 league-fixtures.

After faltering at the end of last year, Borussia Dortmund has come back strongly following the winter-break with 3 consecutive victories. Leverkusen is also unbeaten in the New Year after a difficult period last December.
The 2.36 offer on Over 2.5 Goals for the home-side seems a worthy pick for a good bet in the view of our Bundesliga betting team. Dortmund is the joint-highest scorer on home-turf averaging more than 3 goals per game and has scored at least 3 goals in 3 of the last 4 league-fixtures. Furthermore, Bayer Leverkusen has let in 14 goals in its past 6 Bundesliga matches on the road.
At the same time, opting for Over 1.5 Goals for the away-side at betting-odds of 1.85 also looks a good punt. Borussia Dortmund has only managed to get 2 clean-sheets thus far while it has conceded at least 2 goals in 4 of its last 7 fixtures. In addition, Bayer Leverkusen averages more than 2 goals per game on the road and has got 2 or more goals in 7 of its 10 away-matches.

This is now a key battle in the relegation-scrap with Wolfsburg hanging only 2 points above the drop-zone. In contrast, Greuther Fürth is recovering from its horrendous start having taken 10 points from the past 6 league-matches.
Our Bundesliga betting tips experts feel the Double Chance for a draw or away-win at attractive odds of 2.25 is a glorious opportunity to get a good winning bet. Wolfsburg has gone winless through the past 9 fixtures with 7 losses in the previous 8 games. In the meantime, Fürth is enjoying its best spell with 2 wins from the last 6 matches, including a current 4-game unbeaten-run.
The 2.93 offer on the away-side to Win Either Half presents another exciting bet in this clash. Wolfsburg has let in 20 goals in last 9 Bundesliga games and has scored a meagre 5 times during this period besides drawing a blank in the previous 4 fixtures. Also, Greuther Fürth has scored 4 goals in its last 2 league-matches and has earned 3 clean-sheets from the past 6 games.