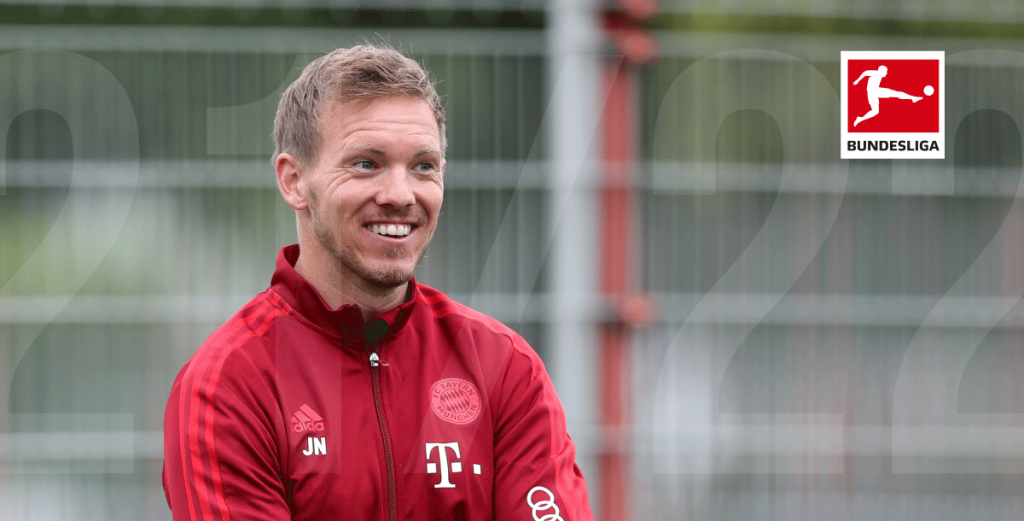 Anyone who follows German football won’t be surprised to hear that Bayern Munich are overwhelming favourites to win the 1.Bundesliga – incredibly, they have won the league for each season since 2012.

The German 1.Bundesliga needs other clubs to step up to put Bayern Munich under pressure.
The whistle had barely sounded on the end of last season before operators declared Bayern Munich – with fit Leroy Sané back – as clear hot favourites to win the 1.Bundesliga title yet again.

However, their success has alerted other European football clubs who are targeting some top Bayern stars. Chelsea are keen on star striker Robert Lewandowski. Joshua Kimmich and Leon Goretzka have also attracted interest.
With Bayern’s strict wage structure they could be vulnerable. If Kimmich and Goretzka leave, speculation is increasing that Lewandowski and Manuel Neuer could follow.

Bayern did also miss out on Sergio Ramos who moved to PSG. And Bayern will be aware that several other 1.Bundesliga clubs are strengthening. Just as Manchester United declined, so – one day – will Bayern, and some other german football team will win the 1.Bundesliga. So which club – if any – can stop the Munich giants winning the german football title yet again, and lift the national first division’s trophy in 2022 against all odds?

Get Your Betting Bonus

Dortmund are predicted to be second favourites to lift the 1.Bundesliga trophy in the outright odds, but a long way behind favourites Bayern Munich.

Third favourites are RB Leipzig, while sharing the fourth favourite slot are Bayer Leverkusen and Borussia Monchengladbach to win the 1.Bundesliga.

Next joint favourites for the league are Eintracht Frankfurt and Wolfsburg.

Bayer Leverkusen are blessed with a young and talented squad. Wolfsburg are really good but will have to juggle Champions League matches. RB Leipzig has a new boss, so this might be a building season. They have a great chance of qualifying for the Champions League though.

Likewise Monchengladbach. If anyone stops Bayern Munich winning the 1.Bundesliga, Dortmund are surely the most likely football team. But BetGold wonders if it is realistic to expect Dortmund to win the 1.Bundesliga this season.

Biggest Transfers For The German 1.Bundesliga 21/22 So Far

Bayern of course have a new manager (along with a lot of top 1.Bundesliga clubs) but the machine is just too strong to let a mere manager interrupt their groove.
Die Roten has already signed French international defender Dayot Upamecano from RB Leipzig for almost €40 million. Along with Upamecano, Nianzou Kouassi will feel like a new signing after an injury plagued season.

Bayern Munich are so dominant in the 1.Bundesliga, the question is whether there is any value in the betting market for the title. If BetGold were to bet, we see some value at 7/1 for Dortmund – which is pretty good odds for the second favourites to win the 1.Bundesliga.

Remember to sign up and claim a welcome bonus from one of the great partners we have negotiated a deal with for you. And then place a bet at decent odds on the 1.Bundesliga season. Follow the results and match day odds, tips, predictions and previews on BetGold.
Find Gold in 1.Bundesliga betting.
Up next: 1.Bundesliga 2 betting odds, tips and predictions
Play responsibly, 18+