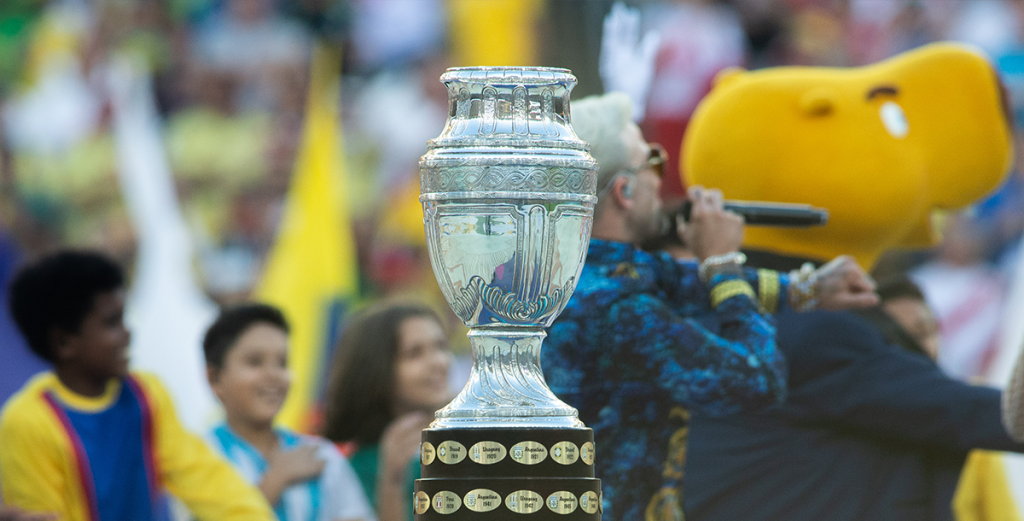 Brazil is favourite to win the delayed Copa America, just ahead of hosts and arch-rivals Argentina for this coveted trophy this summer, setting the scene for a thrilling football tournament.

Brazil And Argentina The Eternal Favourites To Win Copa America

There will be 10 nations competing from South America.

But to the bookies, this looks like a battle between just two teams, the great footballing countries of Brazil and Argentina – and despite home advantage for the Argentinians, most make Brazil narrow favourites to be crowned Copa America winners. The best betting odds are all favouring Neymar’s team.

What Are The Best Odds On Brazil Winning The Copa America ?

Brazil National Football Team has already won the Copa America an incredible nine times. The Selecao were their swashbuckling best in 2019 as Tite’s team took the trophy back to Brazil for the first time since 2007, beating Peru 3-1 with relative ease in the final.

Dani Alves won the Golden Ball last time but with Brazil’s talisman Neymar expected to be fit, football betting fans and Copa America followers will all be looking for the best betting odds on the players betting market.

This could be the football legendLionel Messi’s last Copa America, with the next one not due to be played until 2024. He will be desperate to lift Argentina to a win.

But ArgentinaNational Football Team, unlike Brazil, have an embarrassing history in Copa America, despite their undoubted brilliance on the international stage. This can be a good opportunity to check the best betting odds and place your outright bets.

Incredibly, the Albiceleste have not won Copa America since way back in 1993, and have been runner-up four times in 12 years. As the English saying goes, always the bridesmaid, never the bride.

Best Odds On Uruguay To Win The Copa America

Uruguay are beasts in this national football competition. They will be heading for their 16th Copa America title, with 21 finals, putting even Brazil’s record in the shade. But like Elvis in his Vegas years, most of their glory days in this competition are well-behind them.

Apart from their 2011 triumph, they have not won the Copa America in the 21st Century.

But no pundit would rule out Uruguay winning Copa America when they have Luis Suarez and Edinson Cavani to call on in attack. Neither are getting any younger, but neither have forgotten where the goal is.

Below Uruguay you would need to look at Columbia’s odds, but with civil unrest in the country making them unable to co-host this Copa America and the controversial decision to drop their star player, James Rodriguez, BetGold can’t see Columbia being crowned South American champions.

The only other serious contender, with acceptable betting odds (sorry everyone else!) is Chile, who was the best and won the Copa America on home soil in 2015.

However, BetGold can’t quite see it. We have always liked Eduardo Vargas as a football player – he looks twice as good playing for La Roja as he does in club competition – and Sanchez needs no introduction, but both are well past their best.

These Copa America betting odds are obviously subject to change but Bet365 offers Brazil at 2.10, Argentina at 3.75 (which looks quite attractive to us, and a lot of money is getting behind the team in blue and white), Columbia at 8.00 (don’t waste your money), Uruguay at 9.00 and Chile at a quite generous 13.00 – though despite some promising young football players, as noted most of their stars are fading into the night of their careers.

As for the rest, the betting odds are very long – and for a reason.

Yes we know these football betting odds are not great, but here at BetGold we just can’t look beyond the boys with the golden boots: our prediction is that Brazil will win the Copa America.

If you can’t stomach the odds, lump on Uruguay.

But as always, we suggest taking one of our exclusive welcome bonus offers we have negotiated with one of our selected partners such as KTO or Dafabet and win gold by backing Brazil.

Don’t get too tired looking for the best football betting odds. We do it for you, in Copa America and in every major football tournament or league. Get your bonus and start winning today.