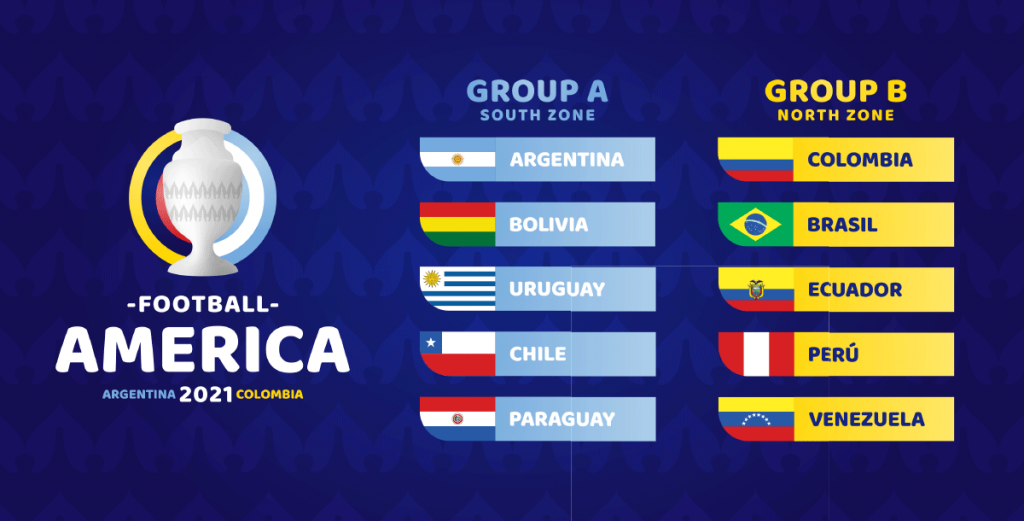 It might have taken an unintentional assist from the referee, but Brazil are through to the quarter finals of the Copa America after a late, late show to beat Columbia 2-1. This confirms Brazil as favourites to win Copa America.

Brazil Through To Copa America Quarters

It was not the most convincing – or frankly swashbuckling – performance that we have ever seen from Brazil but they narrowly beat Columbia 2-1, giving them a 100% record in the group stages.
Brazil are now through to the quarter finals of Copa America with 9 points out of 3 games.
Colombia and Peru are the nearest to them on just 4 points each, Colombia after 4 games.
That is Group B.

What Are The Odds For Argentina ?

In Group A, second favourites Argentina are through with 7 points out of a possible 9.
In second place are Chile with 5 points from 3 games.
Argentina booked their place in the quarter finals after beating Paraguay in an otherwise dull game, thanks to a fine goal from Papu Gomez assisted by a great pass from Angel Di Maria.
Of course Argentina have the best player in the world (still, just about) in Lionel Messi, who has now played a record-breaking 147 games for Argentina. And whilst he is not yet on course to win the Golden Boot, he did score a terrific free kick in their opening match against Chile. Check our article on the Copa America Top Scorer.
Chile are also through to the quarter finals of Copa America after a 1-1 draw with Uruguay.
Chile have arguably been as entertaining off the field as on it, smuggling a hairdresser into their hotel in breach of Covid rules. We are sure players were only after a blow dry. But seriously, when Brazil is being ravaged by Covid, it is no wonder that this has caused big controversy.

With the Odds Against Colombia

If you are Brazilian, you will not care, but Colombians will no doubt feel aggrieved after their defeat in the Copa America to Brazil.
A spectacular first half volley – and goal of the tournament contender – from Luis Diaz gave Columbia a first half lead.As the match wore on, Brazilian players and fans alike grew more tense as they sought to break down Columbia. But Roberto Firmino scored a late equaliser which was allowed to stand even though it hit the referee. Nice pass, ref!
Neymar’s tired pass hit the referee who put the whistle to his mouth but for some reason, did not blow. We have heard of the “hand of god”. Were these the lips of god? No wonder the Colombians didn’t look that happy.
Then, if that were not drama enough, incredibly, we had reached the 10th minute of injury time before Casemiro headed home from Neymar’s corner.

At the start of the Championships most bookies had Brazil as narrow favourites, although there was some money going on Argentina who were close behind. Not a huge amount has happened yet to change those betting odds. But Brazil is now clear favourite and would be where BetGold is putting its gold.
Brazil are 4/6, Argentina 11/4, Uruguay are 8. Chile looks quite good value at 16. But if we were you, we would use one of the welcome offers we at BetGold have negotiated for you and bet on Brazil.