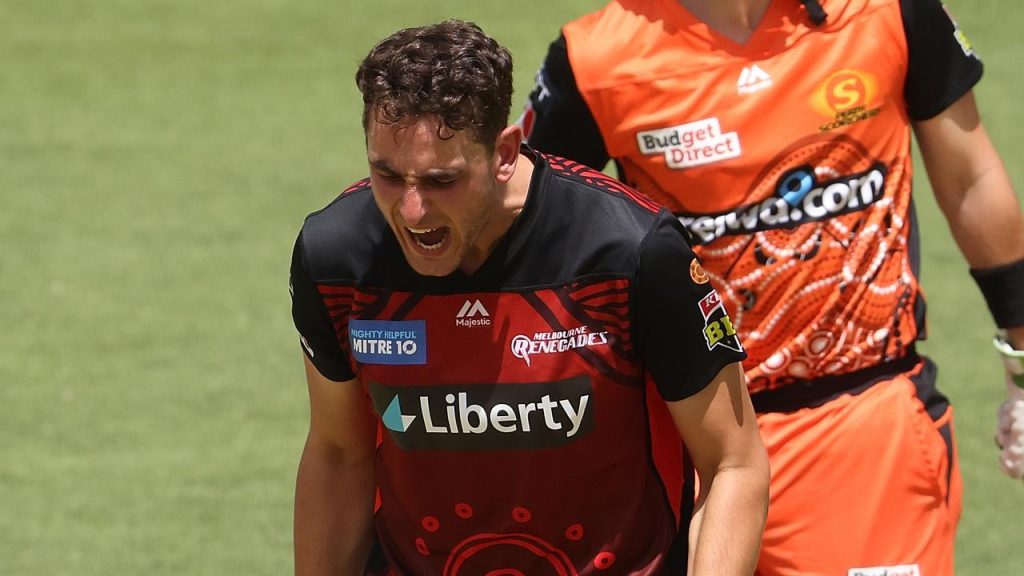 The 2021/22 BBL season moves into the 2nd week with the top-contenders making an early statement of intent in the opening round of fixtures. Here we take a glimpse at the matches lined-up for the next few days and provide our insight and predictions for the grandest T20 competition in Australia.

The Sixers have a pretty strong batting-card despite a shaky display in the last match. The top-order has already got runs under its belt with skipper Moises Henriques getting fifties in the opening 2 games. The bowlers have done a stellar job as a unit and have been influential in winning both the opening games.
Despite missing Ben McDermott, the Hurricanes can still have a powerful batting line-up. Matthew Wade, D’Arcy Short and Peter Handscomb bring in plenty of ability and experience to the top-order. The Sixers have a potent bowling-attack as well and leg-spinner Sandeep Lamichhane could turn out to be the missing piece of the jigsaw.

The Scorchers nabbed all 4 points on offer in its opening match to prove its weight as one of the top contenders. However, the middle-order looks a bit weak without Mitch Marsh and Josh Inglis. Jhye Richardson is unavailable as well but there are plenty of options in the fast-bowling department with Jason Behrendorff, Andrew Tye and Matt Kelly as the three main seamers.

The Strikers earned a comprehensive victory after losing its first match of the season. The batting-card has done a decent job despite missing some key players so the bowling-unit holds the key to their success for now. And the bowlers have stood up to the task so far with each of their 5 main bowlers taking at least 3 wickets in the first couple of games.

While the Thunder may be the clear underdog in the betting-markets, it is the team that has made the much brighter start. They dispatched Brisbane Heat with a dominant display with both and ball to take all 4 points. Besides, Sydney Thunder are not missing many players to injury or international-duty so they are able to name its strongest team.

The Stars have made a host of changes to the squad after a disappointing campaign last year and are pretty much a team in transition for now. Glenn Maxwell and Marcus Stoinis remain critical to the team’s playoff-chances but the latter did not play the opening game of the season which the Stars lost in a humiliating fashion.

This is a massive encounter for Brisbane Heat after losing their opening two matches without taking a single point. The batting-card relies heavily on skipper Chris Lynn although Sam Heazlett has shown good form in the first couple of games. Without some of their key players, the Heat bowling line-up does look a bit light at the moment.
After a bright start to the season the Renegades immediately fell back to a tame defeat reminiscent of the past couple of seasons. Aaron Finch remains absent and the batting-card looks a bit short in the depth of the middle-order. But there is quality and experience in the bowling-unit that should be enough to seal a victory in this encounter.

The Hurricanes will probably have Ben McDermott back in the side which will boost the batting-card on paper. The Scorchers have already found a settled playing XI which does give them a slight edge in this clash.

This will be the reverse-fixture from the opening match of the 2021/22 BBL campaign. Reigning champions Sydney Sixers handed an almighty 152-run hammering to Melbourne Stars to highlight the gulf between the sides.