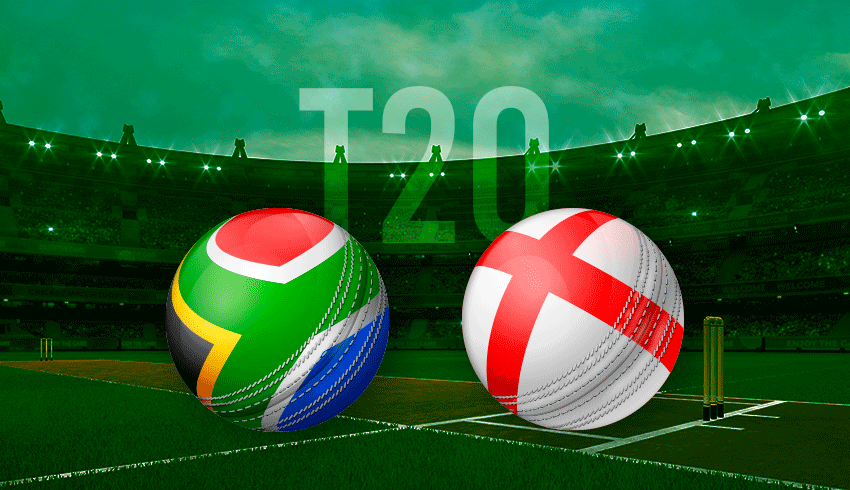 The South Africa vs England T20 series came to a close in Cape Town on Tuesday, with the England team wrapping up a comprehensive 3-0 victory in what was an entertaining and revealing set of matches. Here is our assessment of the three cricket games, including who starred for both cricket teams and the cricket players who didn’t.

England cricket team ran out 3-0 winners in this T20 series, although there were times in each match when the South Africa cricket team looked like they could come away with the win in this cricket match. Ultimately the difference between the two teams was that extra batting depth that England cricket team had, and their ability to hold their nerve together at the end of each cricket contest.

The Player of this T20 Series was England batsman Dawid Malan. He made 50s in the last two matches to bring England cricket team back from the dead in the first of them, and power the tourists team over the line in the second one. He ended this cricket series with 173 runs at a strike rate of 161.68, statistics which are likely to dominate any T20 series.

The South Africa cricket team found a star with the bat themselves. The cricketer Rassie van der Dussen did enough to establish himself in the team moving forward. His 136 runs was more than any other player could manage for South Africa and they came quickly too with his T20 series strike rate at 152.80.

There were some big names who failed to perform throughout the T20 series, no more so than England opener cricketer Jason Roy. He could only muster 30 runs in three innings and will be sweating over his place moving forward with England certainly not short of opening options. It wasn’t the best T20 series for the cricketer Tom Curran either. His 10 overs went at nearly two runs a ball and he’s another who could be vulnerable moving forward.

The cricketer Quinton de Kock got starts in all three cricket matches for the home side, making 30 in each of the first two games, but he never went on and got that big score that would have got South Africa team over the line and made the T20 series more competitive. He needs to make sure that he converts his openings into big scores to give his cricket team the best chance of winning.

England’s cricket team is now 4.35 to win next year’s T20 World Cup. That makes them third favourites to add the 20 over crown to the 50 over cricket World Cup they won last year. The South Africa cricket team has drifted a little as a result of their heavy beating. They are now 10.00 to be crowned 20 over champions for the first time, which is a reflection on the struggles they have shown throughout these matches.

There are a lot of cricket matches to be played between now and the World T20 next year though, so keep it here at BetGold Sports for all the latest expert views and predictions.