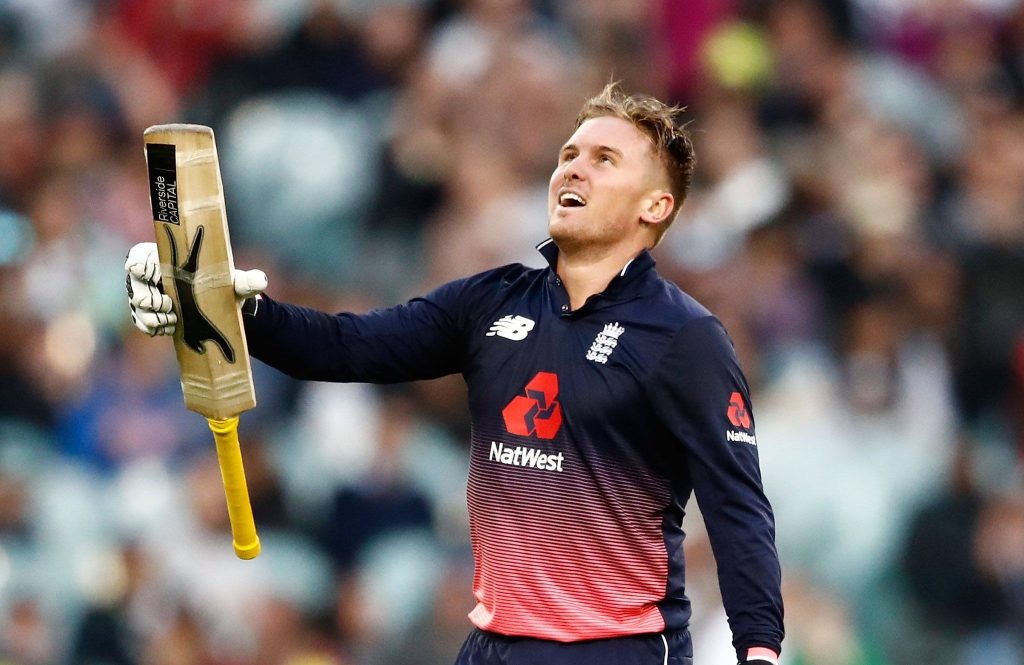 In Match 39 of the T20 World Cup, England will face off against South Africa in a high-stakes encounter to be played at Sharjah on Saturday night. With a much superior net run-rate, England is virtually guaranteed a spot in the last-4 after winning all its 4 matches till now. South Africa has won 3 in a row as well but need to win this game to stand any chance of progressing from Group 2.

England has named the same team for every match of the tournament but it will have to make a change to the side for the next game. The two opening batters are in good knick and the bowlers have performed superbly so far.
Jason Roy will continue to open the batting alongside Jos Buttler with the latter in sparkling form after notching his maiden T20I hundred in the last match. But the middle-order comprising Dawid Malan, Jonny Bairstow, Eoin Morgan and Moeen Ali has not contributed a great deal. Nevertheless, the batting-card is deep and powerful with a particularly strong tail-end.

The outstanding performance of the bowling-unit is at the heart of England’s success in the competition. Chris Woakes has often provided the team with an early dismissal and the two leading spinners Adil Rashid and Moeen Ali have done an excellent job during the Powerplay. But Tymal Mills hobbled off with an injury and Mark Wood will come in as his replacement.

South Africa has gathered a good bit of momentum ahead of this crucial fixture by notching 3 consecutive victories. The performance has improved with each passing game and it is in good shape to cause a sizable upset.
The Proteas are likely to keep the same team from the last couple of matches with Reeza Hendricks opening the innings with Quinton de Kock. Rassie van der Dussen will take his usual no.3 role with skipper Temba Bavuma as the next man in the line-up. Aiden Markram has been the consistent batsman with David Miller as the finisher down the line-up.

Having taken 24 wickets in the past 3 matches, the South African bowling-unit is in good rhythm. Kagiso Rabada and Anrich Nortje are the main fast-bowlers and Dwaine Pretorius has done a superb job in death-overs. Among the spin-bowlers, Keshav Maharaj has effectively contained the opposition while Tabraiz Shamsi has bagged wickets at a consistent rate.

Highest Opening Partnership: England
England certainly has the stronger opening-pair on paper and both batsmen have scored at least 1 fifty in the tournament. The South African opening-partnership has not added more than 25 runs in any of its 4 matches.

Highest Score 6 Overs: England
South Africa has not managed to score 45 or more runs within the opening 6 overs of any match in this T20 World Cup. Meanwhile, England has scored more than 50 runs during the Powerplay in 2 of its 4 matches thus far.

Most Match Sixes: England
The South African batting-line up has been quite subdued in this T20 World Cup with just 12 sixes from its 4 matches. England possesses a much more powerful batting line-up and has scored 22 maximums in their 4 matches.

Ranked no.1 in the T20I format, England is the heavy favourite especially after winning its first 4 matches. However, individual performances have papered over the cracks in the team for now and it is a matter of time before it gets exposed. South Africa has been playing some decent cricket and will be fired up for this must-win encounter. They are going a bit under the radar at the moment and might spring a big surprise in this match.

Before you start betting, please check if one this cricket betting offers suits you.