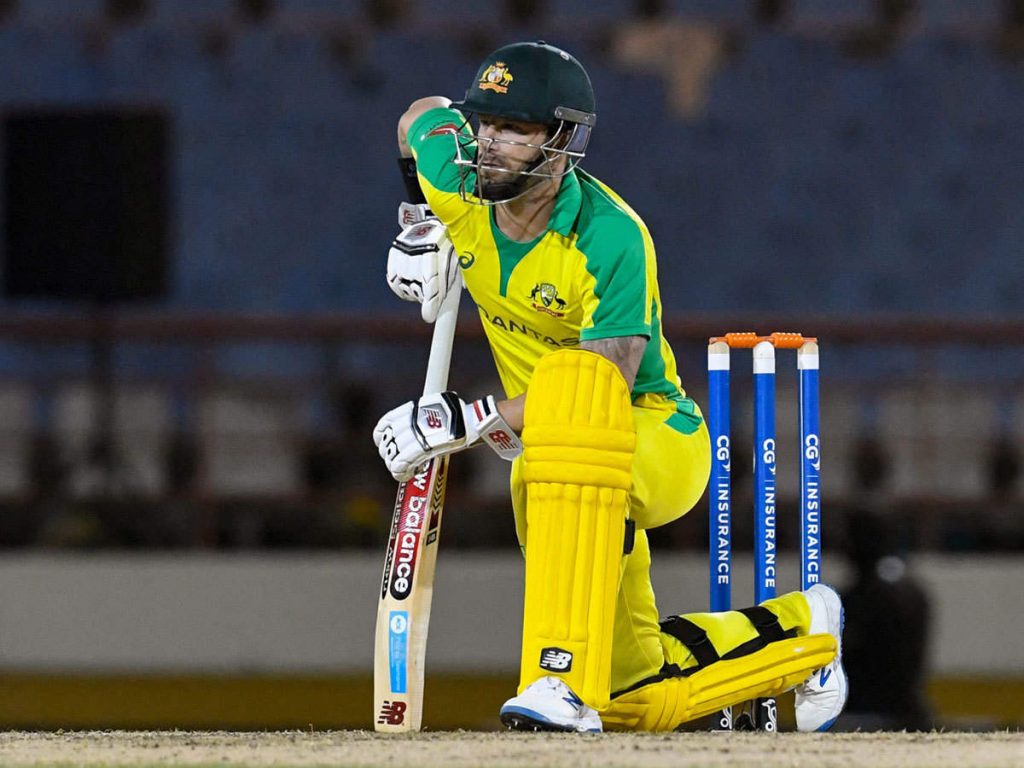 Australia will take on West Indies at Abu Dhabi on Saturday in their final fixtures of the Super 12 stage. Australia can book its place in semi-finals with a victory while West Indies has been knocked out of the T20 World Cup following its 3rd loss of the tournament.

888 Sportsbook Cricket Betting Odds: 1.30
Australia bounced back from its disappointing loss to England with a solid victory over Bangladesh in the last match. They reverted to the former line-up with Mitchell Marsh returning in place of Ashton Agar.
David Warner and Aaron Finch will open the batting and the Australian skipper is in a fine run of form at the moment. Steve Smith will take the no.3 role in case of an early wicket with Marcus Stoinis, Matthew Wade and Glenn Maxwell adding plenty of power to the middle-order. Mitchell Marsh, Pat Cummins and Adam Zampa are quite handy with the bat as well.
Australia has decided to stick with just 4 regular bowlers comprising 3 seamers and 1 spinner. Mitchell Starc, Pat Cummins and Josh Hazlewood are the pace-attack and all of them have been steady if not spectacular while leg-spinner Adam Zampa has been the pick of the bowler so far. Glenn Maxwell and Mitchell Starc will combine as the 5th bowler option.

888 Sportsbook Cricket Betting Odds: 3.50
West Indies have been well below-par to say the least as they never looked in a position to qualify from Group 1. The team has severely lacked form right through the tournament and now is completely drained of morale as well.
Evin Lewis will continue to open the batting along with Chris Gayle for whom this match might be his swansong for West Indies. Nicholas Pooran will probably keep hold of the no.3 position after a good knock in the last match with Roston Chase as the batsman in the line-up. Shimron Hetmyer also looks in good knick after an unbeaten fifty in the last match.
The bowling-unit might remain the same for the West Indies even though it has been quite poor during this T20 World Cup. Jason Holder and Ravi Rampaul are the two primary seamers of the side with Dwayne Bravo and Andre Russell as the other fast-bowling options. Akeal Hosein has been the best performer of the attack with 4 wickets in the tournament.

Highest Opening Partnership: Australia
The opening-pair for Australia has scored more than 50 runs in 2 of their 4 matches thus far. West Indies has lost its 1st wicket for fewer than 15 runs in 3 of their 4 matches in this World Cup.
Total Wides: Under 9.5
West Indies is averaging just about 4 wide-deliveries per game in this tournament. On the other hand, Australia is averaging less than 4 wide-balls per game during its 4 matches till now.
Most Match Sixes: West Indies
Australia averages fewer than 4 sixes per game having scored just 13 in the 4 matches of this T20 World Cup. Even though it is not in great form, the West Indies batting line-up has hit 22 maximums in its 4 matches.

With a place in the semi-finals to play for, Australia will be pumped up for this high-stakes clash. Besides, they are in much better form than their opponents. West Indies is not only out of form but this temperamental team will have little motivation after getting dumped out the World Cup in the previous match.
Australia

Bet with one of our betting offers