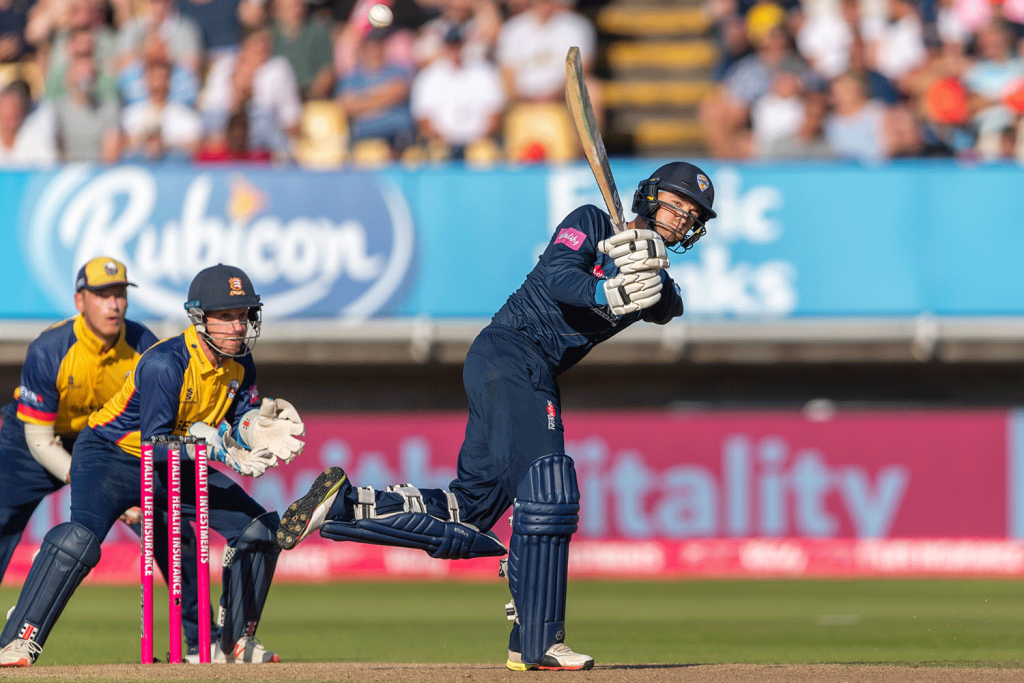 With the inaugural version of The Hundred tournament concluding this Saturday, the premier county cricket competition, the Vitality Blast 2020/21 returns after a 5-week interval and is set to resume from 24th August at the quarter-finals stage.

The teams competing in the last 8 are Yorkshire, Nottinghamshire, Lancashire and Birmingham Bears in the North Group with Somerset, Sussex, Hampshire and Kent coming through from the South Group.

Yorkshire made a strong start but managed just 2 wins from their last 6 matches to finish in 2nd spot.
Adam Lyth is expected to open the batting for Yorkshire alongside Mark Stoneman. Harry Brook, who has had a terrific summer of cricket across all formats, will anchor the middle-order with the experienced Gary Ballance. Jordan Thompson and Will Fraine are both pretty handy with the bat as well.

Kiwi speedster Lockie Ferguson and Matthew Fisher should share the new-ball with the Matthew Waite and Jordan Thompson as two other seamers in the bowling-attack. Off-spinner Dom Bess has been the pick of the bowlers for Yorkshire having taken 11 wickets from 9 matches at less than 7 runs per over.

With a 6/1 odds Yorkshire are the outsiders for the title and they may well falter at the quarter-finals.

Having suffered just 2 defeats thus far, Nottinghamshire has been the most impressive team in Vitality Blast 2020/21.
Alex Hales and Joe Clarke will form a powerful opening-pair and both men having already registered a ton this season. Ben Duckett is also looking in good knick with 3 fifties to his name. Furthermore, the three veteran all-rounders, Samit Patel, skipper Steven Mullaney and Peter Trego provide good depth to the batting-card.

The injury to Jake Ball is a huge blow for the Nottingham pace-attack even though Samit Patel and Matt Carter have bagged over 30 wickets between them while leg-spinner Calvin Harrison has been excellent with18 wickets in his kitty. Luke Fletcher and Steven Mullaney have also taken more than 10 dismissals each.

At 15/4, Nottinghamshire are the bookies’ favourites and they could well clinch the championship without much fuss.

After beginning the campaign strongly, Lancashire went off the boil before finishing the group-stage with 3 wins in a row.

Considering his exceptional form, Lancashire will be keen to have Liam Livingstone back although Keaton Jennings and Finn Allen have formed a solid opening-partnership. Their middle-order batsmen Steve Croft, Alex Davies and Dane Vilas have done a steady job but the batting-card looks a bit short on depth.

Tom Hartley and Luke Wood is the regular new-ball pair and the two fast-bowlers have been quite consistent in their performance. The overs from Matt Parkinson will be crucial with leg-spinner picking 13 wickets in his 10 outings this season. Steven Croft and Luke Wells are two further spin-options in the team.

Lancashire has the capability to win the tournament as reflected by the 11/2 odds but they may not progress beyond the last-4.

Another team to make a fast start in the competition, Birmingham Bears needed to win their last 2 matches to scrape through to the last-8.

Adam Hose will the open innings with Ed Pollock and the latter has picked up his form during the break. Bears captain Will Rhodes comes in at no.3 followed by Sam Hain, who has been their top run-getter with 4 half-centuries in the tournament. Wicketkeeper Michael Burgess is in superb knick and they also have West Indian Carlos Brathwaite in their ranks.

Brathwaite is also the most successful bowler of the side with 18 dismissals although Bears usually open their bowling with spin. Danny Briggs and Jake Lintott have both picked up 15 wickets while Robert Yates is likely to be third spinner. Medium-pace has been an effective weapon as well with Craig Miles and Will Rhodes also taking 14 wickets each.

The bookies do not favour them with a 17/2 line, yet the Bears may cause an upset or two although they will probably fall short of the title.

Sussex made a flying-start but a flurry of washed-out matches put a serious dampener on matters before winning 3 of the last 4 to bag a playoff-spot.

Luke Wright, Phil Salt and Ravi Bopara comprise the top-order with each batsman scoring more than 200 runs and 3 fifties each in the Vitality Blast 2020/21. With Australian left-hander Travis Head and Bermuda’s Delray Rawlins to follow, they certainly have a more talented batting line-up on paper than most teams.

Ollie Robinson is unavailable while Jofra Archer is injured leaving David Wiese and Mitchell Claydon as the only genuine seamers left in the team. As a result, Sussex might be forced into fielding three spinners in the form of the wily Rashid Khan, Will Beer and the youngster Archie Lenham to balance the side.

Despite their fast-bowling issues, 11/2 seems a really good price as Sussex is the dark-horse for the championship.

After a slow start, Somerset enjoyed a brilliant 2nd half to the season winning 6 of the previous 8 matches to take 2nd spot in South Group.

Devon Conway has got 4 fifties in Vitality Blast 2020/21 but Tom Banton looks out of form after a mediocre show in The Hundred. Young Will Smeed and the veteran James Hildreth are both in decent form with more than 200 runs in the tournament each. Tom Lammonby and Lewis Goldworthy can provide some big shots down the order.

Craig Overton is away with the England Test squad so Marchant de Lange, Jack Brooks and Lewis Gregory might form the trio of seamers in the bowling-unit. Left-arm orthodox spinner Jack Leach is available to play for Somerset play in the quarter-final so Max Waller will probably be picked ahead of South African old hand Roelof van der Merwe.

Also priced at 11/2, Somerset has the all-round quality to take them into the semi-final but they are unlikely to proceed further.

Hampshire registered 5 wins on the trot at the climax of the group stage to squeeze into the quarter-finals on net run-rate.
James Vince, D’Arcy Short and Joe Weatherley comprise a powerful top-order with each batsman scoring more than 300 runs. Wicketkeeper Lewis McManus has been a fairly consistent performer in the middle-order while the pair of Kiwi all-rounders Colin de Grandhomme and James Fuller are the big-hitters lower down the batting-card.

Chris Wood and Brad Wheal are the two frontline seamers for Hampshire. Meanwhile, the youngster Scott Currie made a big impact to finish as the top wicket-taker with 15 dismissals in just 7 matches. Leg-spinner Mason Crane is on a fine run of form this year while slow left-arm orthodox bowler Liam Dawson often operates at the start of the innings.

Despite the least favoured side at 9/1, Hampshire has the right bunch of players in the squad to carry them into the semi-final.

With 9 wins from their 14 matches, Kent showed consistent form right through the season to finish at top of South Group.

Zak Crawley was left out of the squad for the 3rd Test so he will open the batting with DJ Bell-Drummond, the top-scorer of the side with 339 runs. Joe Denly will take the no.3 position, ahead of Jack Leaning who has got 3 fifties in Vitality Blast 2020/21. Jordan Cox should be the keeper behind the stumps having scored over 300 runs this season.

Matt Milnes and Dutch pacer Fred Klaasen are the joint-highest wicket-takers for Kent with 14 apiece. New Zealand fast-bowler Adam Milne could be an interesting selection after a very successful campaign in The Hundred. Qais Ahmed is the leading spin-bowler of the side while Elliot Hooper made a good impression in the two matches he played.

Kent had an impressive season and despite the 6/1 odds they look in good enough to reach the final.

Check this and other great sports betting predictions here at BetGold and don’t forget to take your betting bonus before you leave.