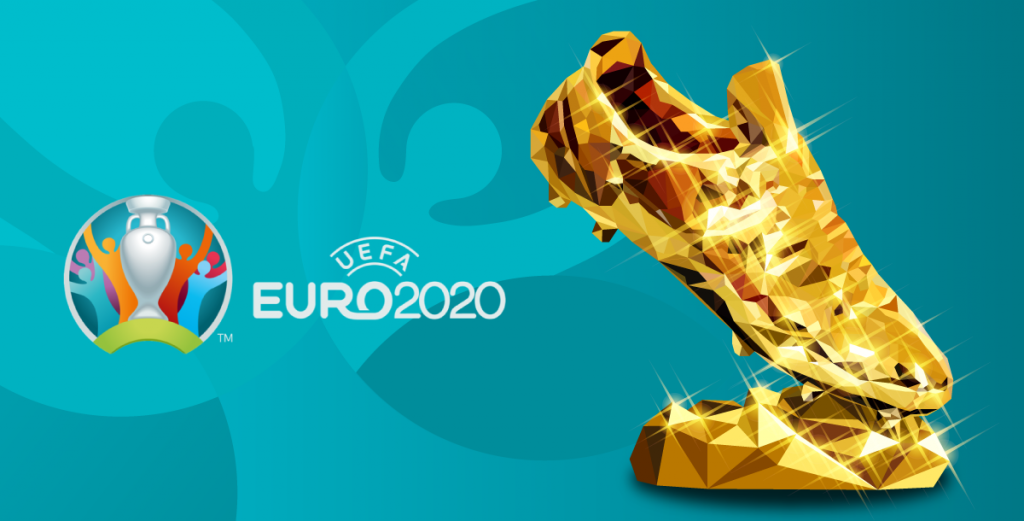 Who will win the Golden Boot to become the top scorer in the Euros? It is one of the most coveted prizes in a sport played by preening egotists, while fans love to bet on the star they think will score most goals.

It doesn’t matter how brilliant a player you are if you are unlikely to make it past the group stages (sorry Gareth Bale, sorry Wales). At the risk of stating the obvious, the longer a player remains in the tournament, the more goals he should score (although there have been exceptions). A lot of what makes England joint favourites (and please don’t laugh, we think its crazy too) are the sharp shooting boots of Harry Kane.

The striker, who is desperate to leave Tottenham Hotspur, might not be spectacular in any respect bar his quite extraordinary Roman nose (so long and bent you could jump ski off it). A lot – not all – of his goals are from close range.

But do you want much more from a striker as long as the team is making chances for him and the number 9 is converting them, particularly when he makes so many assists for others? Kane scored 23 goals in the Premier League last season – from just 35 appearances – plus eight in the Europa League (oh how Spurs will miss him). He is also reportedly injury free.

Bet On Lukaku To Win The Golden Boot?

Romelu Lukaku’s goal-scoring record for Belgium over the past six years is just amazing: 48 in 49 games. That’s probably more times than Donald Trump used to score in a brothel. Allegedly.

“But he only scores tap ins?” Name BetGold any international team who wouldn’t want a scorer with that record. You can’t get more Euro 2020 golden boot than that.

You can imagine the defenders of Russia, Denmark and Finland spending quite some time on the lavatory before going out to face Lukaku.

And with Belgium, as the number one ranked nation in the world with its much fabled/ hyped (delete as you see fit) “golden generation”, Lukaku’s country should make it deep into the competition.

Sure, he won’t have the incomparable Kevin de Bruyne tee-ing them up for him in the opening match but against some of the countries he is facing you wouldn’t fall off your chair (well, not unless you had drunk 10 pints) if he matched the 2016 Golden Boot total by the end of the knock out stages.

At 8.00, Lukaku to win the Golden Boot looks a top tip to BetGold. We are lumping big on Lukaku.

Our advice is to take one of the big welcome offers we have negotiated with our betting partners and back Lukaku to lift the Euro 2020 Golden Boot.

Karim Benzema and Memphis Depay are starting to attract some big, big bets to win the Golden Boot award. And we can see why.

They could also enjoy something of a footballing courtship at the Euros . If forced to choose between the pair, we would bet on the hugely in form Benzema to win the Euro 2020 Golden Boot. The danger is that Kylian Mbappé could eat into his share of goals – or vice versa. The Golden Boot winner tends to be the stand-out scorer for their country, the undisputed goal king.

But what about Ferran Torres or Serge Gnabry (both 34.00 or 33/1)? We expect Torres to play in an advanced role for Spain alongside Morata which should give him more goal scoring opportunities cutting in from the wing. Gnabry has 15 goals in just 21 games for Germany and defenders will need to wear their big boy underpants to face him.

What might limit the chances of either Torres or Gnabry holding aloft the Golden Boot could be that neither of their countries are looking quite the force they once were. But then only a fool would ever write off Germany or Spain as both great footballing nations could win the Euros – or at least advance to the later stages.

How About Ronaldo For The Golden Boot?

At 36, Ronaldo should be more worried about grey hairs than golden boots but who would write off this world great?

He is the joint top scorer in European Championship history – nine goals in 21 games and incredibly that’s across four different tournaments, making him the only player to score at four Euros.

That is a record he shares with the now disgraced but once mercurial Michel Platini of France. Platini, you might recall, netted nine times in five games at Euro 1984, as you do. Otherwise the French were firing blanks in those years and didn’t qualify for any other Euro Championships in his era, hard to believe though that is now. And nowadays Ronaldo plays in a more advanced position, proving almost as brilliant with his head as he is with those incomparable feet.

Plus Portugal should stay in the competition long after players from most other countries are lying on their sun loungers and enjoying their roasting parties. But he is now 36, so it would be incredible if he were to win the Euro 2020 Golden Boot. Even for Ronaldo.

How about Artem Dzyuba for Russia? Sure, unless President Putin orders the poisoning of a dozen other teams BetGold will not be betting on Russia to progress too far into the tournament.

But should Russia’s summer holidays be delayed longer than we expect, Dzyuba is a deadly marksman. Like Kane he also takes penalties, which could gift a golden boot contender a couple of “free” goals.

Dzyuba was strong last season and has netted 29 in 51 for Russia. We only mention him really because you can get as much as 100/1 on him.

Be aware that bookmakers will “dead-heat” the result. That means that if two or more strikers score exactly the same number of goals, they will only pay out part of the bet. In a tournament the top scorer will clearly have far fewer goals than the top scorer over a long domestic league season.

At the last Euros (2016) Antoine Griezmann claimed the UEFA EURO 2016 Adidas Golden Boot with a measly six goals, which was double that of golden balls himself Cristiano Ronaldo who won the Silver Boot Laureate (don’t blame BetGold, we don’t invent these stupid titles). Bronze Boot “winner” Olivier Giroud almost scored as many as he did in the Premier League last season (4), but that is unusual.

Lukaku looks great value to us to win the Euro 2020 Golden Boot. Kane just doesn’t look as good value and we have just a sneaking suspicion he might get injured.

Make sure you pick up one of the welcome offers we have negotiated with our betting partners to get best value on your bet for the Golden Boot winner.

Odds For Winner of The Golden Boot

Who We Tip For The Golden Boot:

Who Bookies Tip For The Golden Boot