Flamengo’s Future After The Departure Of Jorge Jesus And Rafinha

You are here: Home »  Blog » Flamengo’s Future After The Departure Of Jorge Jesus And Rafinha 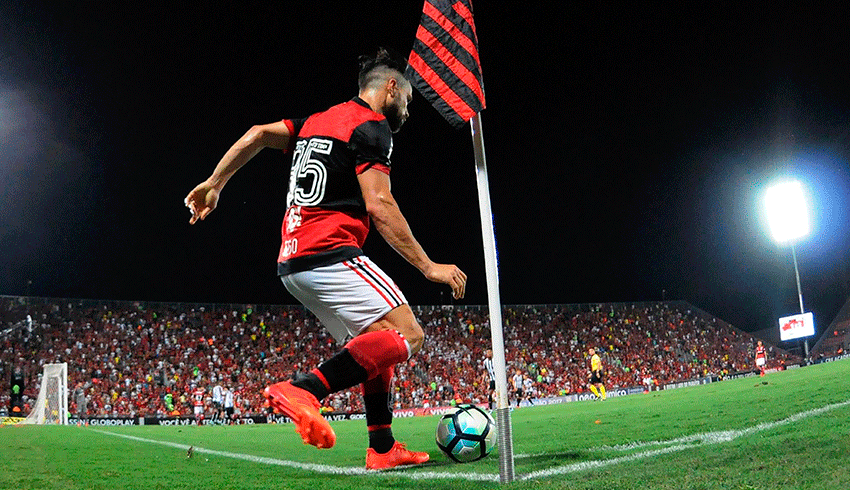 Flamengo is facing its first challenges after JJ’s departure to Portugal, as his goal was always to use Flamengo as a way to get back to Europe in style, which he achieved.

Fla bet on a coach with much less experience than Jorge Jesus, the Catalan Domenèc Torrent came from a spell in the MLS football that is much more distant from Brazil than Portuguese football, culturally and technically.
Certainly Dome, as it has been called by the Brazilian press, will have complex challenges in his cultural adaptation to Brazil, which was certainly easier for a Portuguese man.

In fact, the bet on Torrent has its risks, but also its benefits, since in the pandemic scenario, bringing a name with the weight of a JJ or even a Brazilian coach with a strong name would come along with heavy costs for any club after months of revenues compromised by the 2020 health crisis.

The red and black fans seem to have learned to trust foreign coaches after the spell of Rueda and Jorge Jesus, and yet another bet on a foreign coach seems to have been a vote of confidence in the knowledge of foreign coaches, who have always faced a lot of xenophobia in Brazil, as fans, press and players often believe ‘Brazil simply has it what it takes and foreigners aren’t needed’.

Torrent, however, has less experience than JJ and the first two rounds of the Brasileirão showed that the path to another Brazilian title will certainly not be easy in 2020, as well as the challenges of the Copa do Brasil 2020 and the current edition of the CONMEBOL Cup Libertadores.

Rafinha’s Importance As The Former Regular Right Back

Flamengo always played aggressive football under the command of Jorge Jesus, and the experienced defence with Rodrigo Caio, Rafinha and Filipe Luís made the difference when it came to holding back the counter attacks suffered by the bold Flamengo of Jesus.

One of the worst tactical problems faced by Flamengo was occasionally the right back, since there was never any quality replacement. Isla arrived to be a starter, but the player may need to adapt to a more defensive role than in glorious times in his career, such as his time at Juventus where he was a more advanced player than Rafinha.

Even if Isla becomes a key regular of the new Catalan coach, it is important to remember that the replacement for his absences remains the same as before in terms of quality, which may eventually become a problem, as Flamengo’s ultra-offensive style of 2019 required a lot from the line of 4 defenders as well as Gérson and Arão.

Flamengo will face many challenges this season, as Jesus’ success fuelled the squad with morale and confidence, fundamental things for very offensive teams, perhaps the fact that Fla did not suffer major problems in the counterattacks last season is related to the great fear that the JJ’s squad imposed over the hearts of its adversaries, who often started games focusing on a draw and ended up succumbing to the talented attack and offensive midfield of Gabigol, Bruno Henrique, Arrascaeta, Diego and Éverton Ribeiro. Check our betting tips here at Betgold.