You are here: Home »  Blog » Is Gabriel Jesus Ready To Replace Aguero? 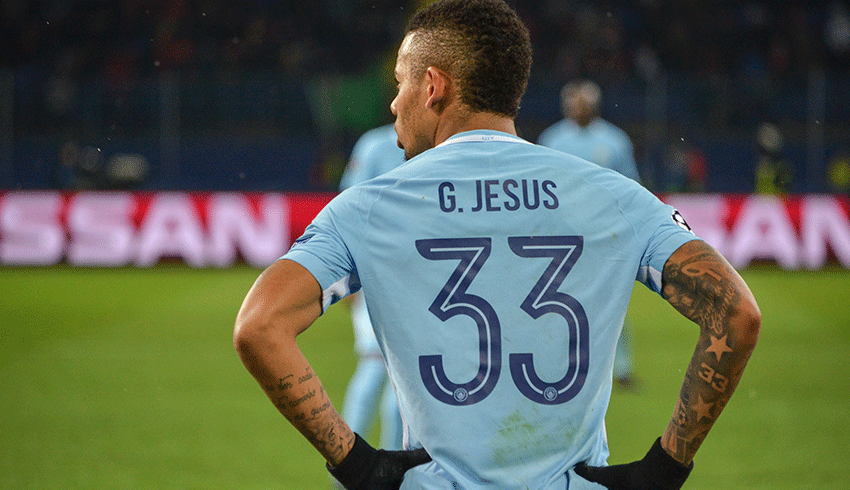 Manchester City’s Brazilian star Gabriel Jesus is faced with the terrifying prospect of stepping into some of the biggest boots in world football: Sergio Aguero, with the Argentine marksman set to leave after the Champions League final.

Ever since the Brazil striker was transferred from Palmeiras during the 2016/2017 season, fans have debated whether the mercurial Brazilian could fill the boots of superstar Aguero.

Gabriel Jesus, however, wants to take the pressure off his shoulders. “I’ve never had this feeling in my mind, to battle with him for a place on the starting XI.” he insisted to TNT Brazil in an exclusive interview ahead of Saturday night’s Champions League Final against Chelsea in Portugal.

“Because I know Sergio’s quality and I know mine. I also recognise we could have played together, like we did a lot of times, and from 10 matches we played together, in nine both scored, so it helped the team.”

He added, as translated by City Xtra Portuguese, “I came here desiring to help City, unattached to playing every match. Sergio is a specific striker, inside the box he is incredible, one touch, two, so quick, he is simply a goalscorer. I work for it, because I am a forward, I need to score.”

Keep up to date with the latest transfer rumours with BetGold News & Tips.