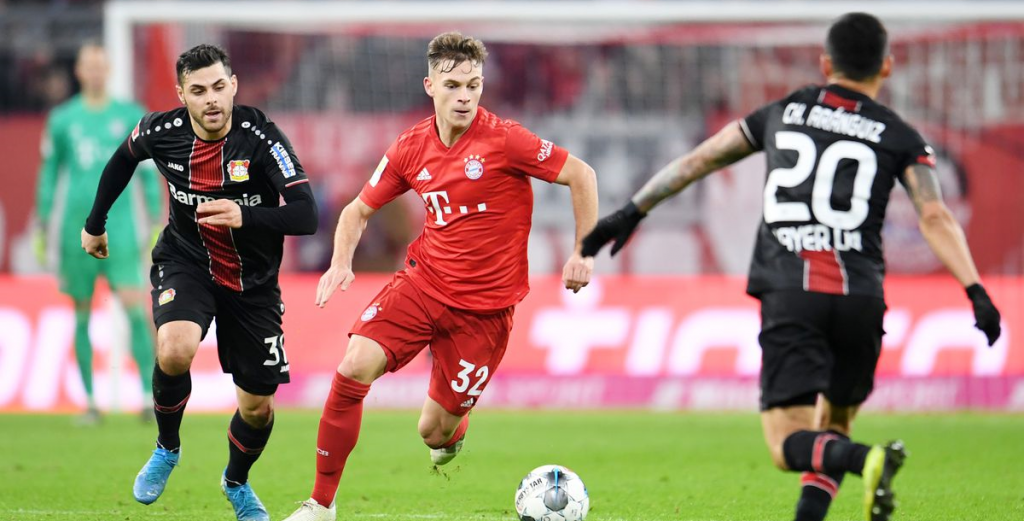 The German Bundesliga 2021/22 campaign resumes this weekend after the international-break with a host of exciting matches at both ends of the table. Bayer Leverkusen has joined Bayern Munich at the top with 16 points with both slated to face each other on Sunday afternoon. Borussia Dortmund and Freiburg are both only a point behind the joint-leaders.

Freiburg has stayed inside the top-6 positions since the opening few weeks having remained undefeated through the first 7 games of the season. After a poor start, Leipzig has moved up the table with a couple of big wins.

The 2.05 offer for under 1.5 goals from the away-side looks a real value here. With just 5 goals conceded so far, Freiburg has the joint-best defence in the Bundesliga. Leipzig has scored only 1 goal in 3 away-matches despite scoring a bunch in the last 2 games against weaker opposition at home.

Opting for the home-team to win either half at 2.25 is a good choice as well. Freiburg has done so in all 3 home-games till now. The 2.25 line for 2nd half to be the highest scoring half for the away-side is certainly worth a try as Leipzig has scored 11 of their 15 goals in the latter period.

This is a massive fixture in the context of the relegation dogfight with Gruther Fürth stuck at the bottom of the table with only 1 point while Bochum is just 3 points above them in the drop-zone.

Finding the net has been the big issue for both these teams this season. Greuther Fürth has managed to score just 2 goals in 3 home-games and Bochum has netted only netted once in their 4 matches on the road. Hence the under 2.5 total goals line at 2.10 looks a pretty good deal.

Favouring the home-side for the result at 2.34 is an astute choice. Fürth has given a reasonably fair account at home against some tough opposition while Bochum has lost all their 4 away-matches so far. Therefore, backing Greuther Fürth to win either half at odds of 1.72 appears quite a safe bet.

Union Berlin has picked up 10 points from the last 5 fixtures to move up to 7th in the table. Meanwhile Wolfsburg has suffered a dramatic dip in form after a superb start to fall down to 5th position at the moment.

So far, Union Berlin is unbeaten at home with 8 points from 4 matches and conceding only 2 goals but has managed to score just 3 times. At the same time, Wolfsburg has only struck 9 goals in 7 matches. Therefore, under 2.5 total goals at odds of 1.72 is the way to go here.
Yet Union Berlin has failed to score in only 1 match while Wolfsburg has netted in all 7 games up till now. It makes the 1.75 offer on both teams to score a pretty safe bet. The 2.40 offer on the double chance for a home-win or draw with both teams on the score-sheet is an attractive as well.

Dortmund bounced back from their 2nd defeat of the season with a routine victory to move within striking range of the top-spot. Meanwhile, Mainz has slipped down the table after taking just 1 point off the last 3 games.
With 4 wins from 4 home-games, Dortmund is in free-scoring form at Signal Iduna Park netting 14 goals thus far.

However, they may not score too many in this match as Mainz has the strongest defence in the league with only 5 goals conceded. So the 1.65 line for under 3.5 goals is a fairly kind offer.
Dortmund does not have a clean-sheet as yet so Mainz should get on the board even though they don’t score a lot.

Opting for both teams to score at 1.70 is a safe bet. Dortmund has got a goal in both periods in 3 home-games and the 1.90 price for them to score in both halves is a generous pick.

Leverskusen bagged 3 wins in a row to move into top-spot as they prepare to welcome the defending champions. Bayern is a wounded animal after losing its 5-match winning-streak with a shock defeat at home last week.
These two clubs are the highest scoring teams in the Bundesliga.

Besides, Leverkusen has scored a goal in the 2nd half in the previous 6 matches while Bayern has managed to do so in 5 of their 7 matches. Therefore, the 2.20 line for both teams to score in the 2nd half seems a safe pick.

Only 2 of their 7 fixtures have produced fewer than 4 goals for both sides this season, so over 3.5 total goals at 1.80 is an option. There have been no draws in the last 10 meetings between the two teams so a clever selection will be the double chance on a victory for either side at 1.85.