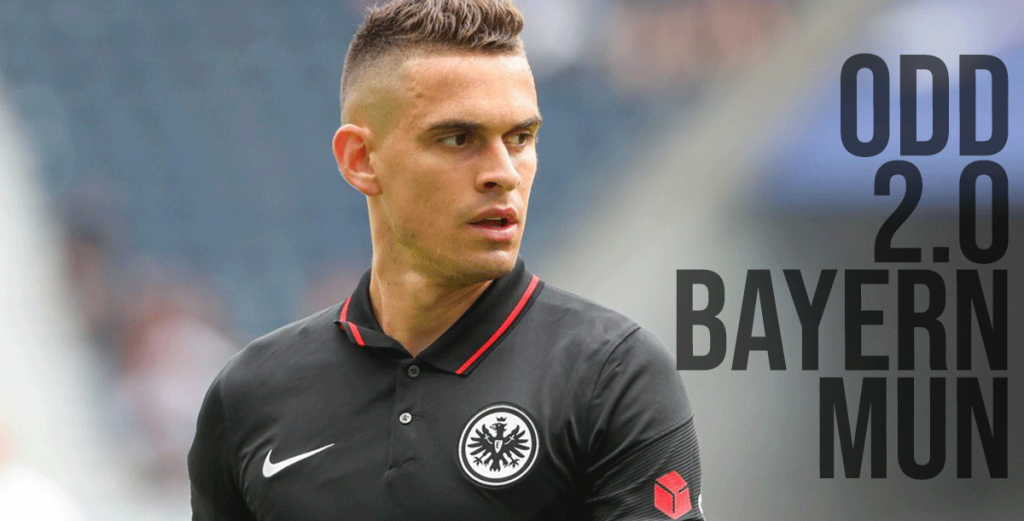 Matchday 7 of the 2021/22 Bundesliga campaign starts on Friday night with Bayern Munich taking a 3 point lead at the top of the table. Bayer Leverkusen is in 2nd position for the time being as Borussia Dortmund and Wolfsburg suffered defeats in their respective matches last week. Check the 1.Bundesliga lineups here

After picking up 2 victories on the trot Hertha Berlin were handed another thumping last week for their 4th loss of the campaign. Freiburg has moved up to 5th spot with their 3rd win to continue their unbeaten start to the season.

Hertha has only scored 7 goals while they also have the weakest defence in the Bundesliga and is yet to keep a clean-sheet this season. In contrast, Freiburg has one of the best defenses although they don’t get a lot of goals either. So, under 2.5 total goals at 1.90 looks a good choice in this one.

Opting for the 1.80 line on Freiburg to win either half is a safe bet bearing in mind the form of both teams ahead of this clash. Hertha may find it hard to break their opponents so Freiburg to score the 1st goal at 1.95 looks good.

Wolfsburg dropped to 3rd in the league-table after suffering its first defeat of the campaign having started the season with 4 straight victories. Meanwhile, M’gladbach jumped out of the drop-zone with a narrow home-win last week.

Besides choosing the home-side for the win, going for under 2.5 total goals at 2.05 is a good pick. Wolfsburg has scored just 3 times in 3 home-games but has one of the best defences in the Bundesliga. And M’gladbach has lost each of their 3 away-matches having netted just 1 goal on the road.

Taking into account the scoring-trends of the two teams, Wolfsburg to get the 1st goal of the match at 1.75 is a straightforward one. The 2.20 line for either team to keep a clean-sheet looks good, too.

Borussia Dortmund was left 4 points off the top at the end of Matchday 6 after falling to their 2nd defeat of the season. Augsburg remains stuck just above the bottom-3 having scored the fewest amount of goals in the Bundesliga.

The 1.83 odds for both teams to score looks a decent offer even if Augsburg has netted just 2 times till now. The opposition has scored at least 2 goals in every Dortmund home-fixture thus far. Moreover, the home-side has not managed to keep a single clean-sheet this season.

Nevertheless, Dortmund has netted 12 goals in their 3 home-games so picking them to score over 2.5 goals is a pretty safe bet. The 2.37 line for the home-team to win both halves is also a very inviting one.

Mainz remains within the top-6 positions although it goes into this match on the back of their 2nd defeat of the season. In the meantime, Union Berlin has climbed into the top-half of the table with the Bundesliga newcomers picking up their 2nd win of the campaign.

Under 2.5 total goals at 1.80 looks a good choice. Mainz has only managed 6 goals so far but it has the best defence in the league and has not conceded a single goal at home. Union Berlin scored 2 goals in both their away-matches but may not have as much success in this one.

With their strong home-form, backing the Mainz for the result looks a safer choice than the odds imply. The double chance for a home-win or draw with under 2.5 total goals at 2.25 seems the most valuable pick here.

After wrapping up another big win on the European stage in the midweek Bayern now has a 9-match winning-streak in all competitions. In contrast, Frankfurt is yet to notch its first win of the season but has only suffered 1 defeat till now with 5 straight draws in the league.

Betting on the 2nd half at 1.95 for the home-team’s highest scoring half seems the smart choice. Bayern is averaging over 3 goals and has scored 3 times during the 2nd half in every home-game. Meanwhile, Frankfurt has conceded at least once in the last 45 minutes of every away-game in the Bundesliga.

Despite the slightly short price, opting for over 1.5 goals from the home-side in the 2nd half also looks a decent choice. The 2.00 price for Bayern to win both halves is the standout pick for this match.

Keep up with the best 1.Bundesliga Betting Tips & Predictions here at BetGold