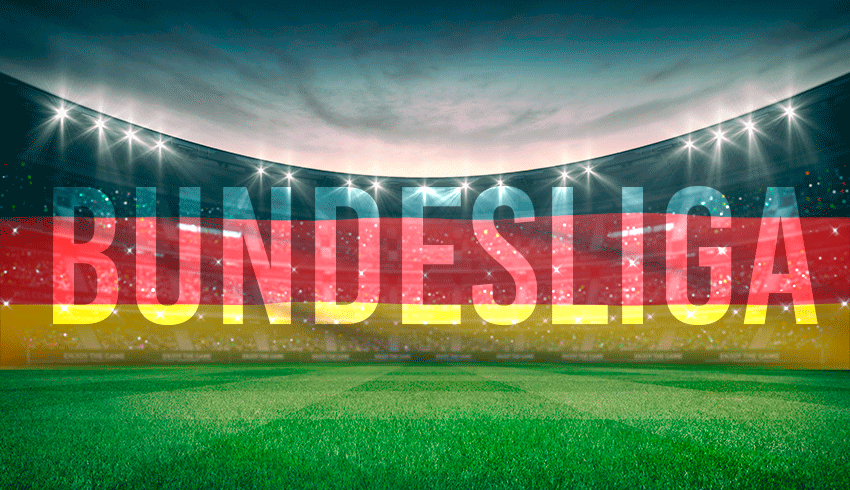 The German 1. Bundesliga is a growing tournament. Today the German Championship is undoubtedly the third in Europe in terms of prestige, and even if stars like Messi and Cristiano Ronaldo do not play in the German Bundesliga, the teams are full of efficient players like Müller, Lewandowski, Haaland, Coman, Reus and many others who are still playing or have played in the German football first division.

The Bundesliga tends to have Bayern Munich and Borussia Dortmund as favourites, but other traditional teams like Bayern Leverkusen also tend to have chances to win the trophy in some seasons.

If you have already bet on other domestic football tournaments, such as the Brasileirão or La Liga, you already know how the Bundesliga betting markets work: you can bet on all games with excelent odds for the traditional 1×2 markets, handicap betting, goal betting (over / under), you can bet on the result of the first or the second half, if a specific player will score a goal, at what point in the game goals may occur, in addition to other markets as an exact score, number of yellow cards and others.

It is also possible to bet on who will be the next German Bundesliga champion, and FC Bayern usually have the lowest odds in the betting markets due to their historical dominance, but there are interesting options to bet on the performance of the Bundesliga teams every season.

Since FC Bayern is always the favourite to win yet another Bundesliga title, BetGold recommends to look for these betting markets opportunities to bet on the long-term performance of the German Bundesliga’s top flight teams, with higher odds than the traditional outright markets.

In the “Best without Bayern” betting market, which can also be called “best excluding FC Bayern” the bettor can punt on what team will finish at the top of the Bundesliga, but right under the German kings.

The advantage of betting in this market is that the odds are more interesting and lesser risky than trying to bet on the title of a team with less chances, that is, there are a number of opportunities to bet on who will be the best except for FC Bayern.

The market is somewhat similar to the betting markets that have odds to punt on what team will make it to the next UEFA Champions Leagues, but the reference isn’t the qualification to that competition, but the performances of certain clubs excluding FC Bayern from the market.

The Bundesliga is a tournament in constant transformation, and FC Bayern, after a troubled start in the 2019/2020 season, won yet another title that marked the rise of new talent in Germany’s greatest team.