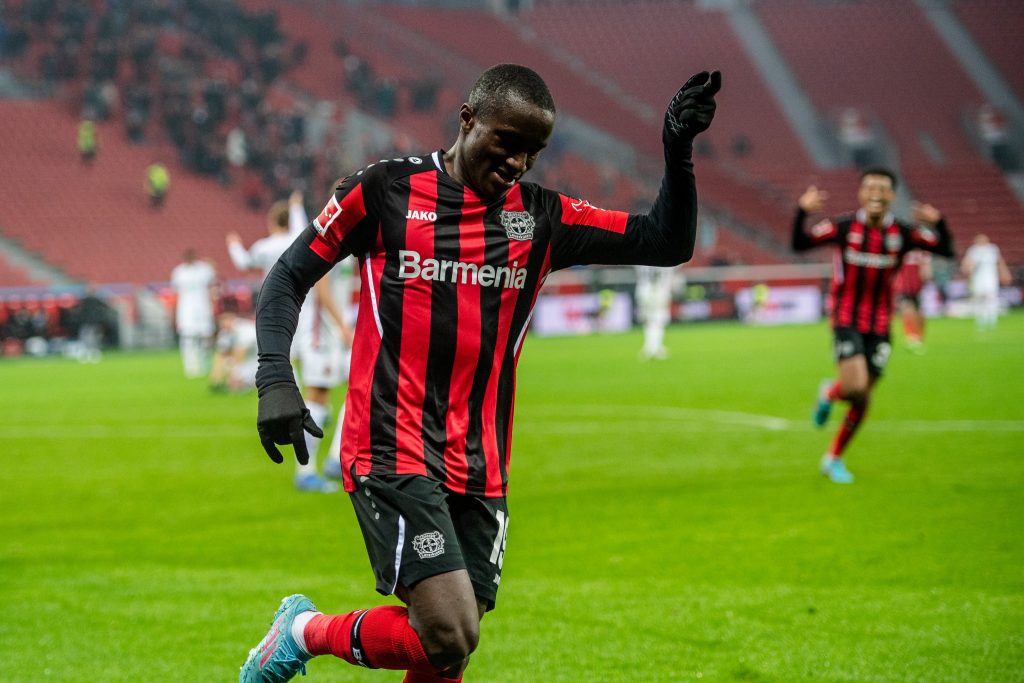 As the 2021/22 Bundesliga campaign reaches its final phase, we return with the best weekly Bundesliga betting tips for Matchday 28 coming up this weekend.

Bayern München continues to fly at the top of the league-table with its tally of 63 points at the end of Round 27 while Borussia Dortmund is currently 6 points further behind in 2nd position. Bayer Leverkusen retains 3rd spot in the Bundesliga standings with Leipzig, Freiburg and Hoffenheim all close behind in the race for top-4.

Over at the opposite end, Arminia Bielefeld has once again slipped into the bottom-3 to join Hertha Berlin and Greuther Fürth in the relegation-zone. Stuttgart notched a crucial win in the last round to get out of the drop-zone, but only by virtue of goal-difference.

Augsburg is in the exactly similar position although it does have a game in hand over the rest of the side in the fight for Bundesliga survival.

Having collected just 4 points from the last 7 matches, Union Berlin is going through its worst form of the season to drop down to 9th position. Köln only lays a couple of points ahead in 7th spot courtesy of its fairly consistent form over the last few months.

In this clash, our Bundesliga betting tips experts are rather keen on the 2.45 offer for No & Under 2.5 in the Both to Score & Total Goals market. At present, Union Berlin is averaging fewer than 1.5 goals per game with the club currently in a poor spell of form having failed to get a goal in 5 of its last 7 league-fixtures.

Meanwhile, Köln averages just about a goal per game and has managed to get more than 1 goal in any of its past 7 Bundesliga matches.

The 2.34 offer on Yes in the Both Halves Under 1.5 Goals market is another fine betting-option for this clash.

Union Berlin is not known to score plenty of goals at any rate and has only netted 4 times in the previous 7 matches.

Having scored a mere 6 goals in its last 7 matches, Köln is not a team that produces a lot of goals either although it has kept 3 clean-sheets during this period.

Although Bayer Leverksuen bagged the victory required to retain 3rd position, it has a host of injury and suspension issues to deal with in this encounter. Hertha Berlin also earned a crucial win even though its remains in the drop-zone for the moment.

For this fixture, our Bundesliga betting tips experts would recommend the pleasant 2.65 offer on the Double Chance for a draw or away-win.

Along with having a long line of absentees among some crucial players of the squad, Bayer Leverkusen has picked up just 3 wins from its last 6 league-games at home. Hertha Berlin earned a brilliant victory to end its 5-match winning-streak which should give it the impetus to avoid taking a defeat in this encounter.

The 2.29 line for Over 3.5 Total Goals seems to be a good bet as well. Beyr Leverkusen has scored 24 goals in the previous 8 Bundesliga matches at BayArena but only picked up 2 clean-sheets during this spell.

Hertha Berlin has scored 8 goals in its past 8 league-matches but it has allowed the opposition to score 22 goals in this period and earned only 1 clean-sheet.

Freiburg stays with a strong chance of a top-4 finish after rediscovering its form from the opening weeks of the season. Bayern München picked a priceless win in the grand scheme to reopen a 6-point advantage with only 7 more games remaining in the season.
The attractive 2.65 price on the Double Chance for a draw or away is the standout bet in this contest in the view of our Bundesliga betting tips experts.

Freiburg is on a 6-game unbeaten-run at the moment and has also remained undefeated in the last 6 home-games with 4 victories. Moreover, Bayern München is undergoing a rather rough patch by its standards considering it has managed to get just 3 wins from its previous 6 matches in the Bundesliga.

The 2.22 line on Under 1.5 in the 2nd Half Total Goals market should be a pretty good choice in this encounter as well.

Freiburg has managed to score 5 times during the 2nd half of its last 8 league-fixtures while conceding just 3 times in return.

Besides, Bayern has only got 2 goals from the 2nd half of its previous 4 Bundesliga matches although it did not concede a single goal during this time.

From the outside, a victory seems essential for both these clubs to achieve their respective targets of the campaign. Borussia need to win to keep alive its title-bid while Leipzig might be able to take a big leap towards securing a top-4 finish.

Our Bundesliga betting tips experts believe the 2.28 line on Over 3.5 Total Goals will make the best bet for this exciting clash.

Borussia Dortmund has scored at least 3 goals in 7 of its 13 league-fixtures at Signal Iduna Park but has only managed to earn 1 clean-sheet in its matches against teams in the top-half of the division.

Leipzig has scored 17 times in its last 5 away-matches in the Bundesliga but has also allowed the opponents to score 5 goals.
The 2.18 price for Over 1.5 in the 1st Half Total Goals market seems another good betting-option, too.

Borussia Dortmund has scored 9 times during the 1st half of its previous 6 home-games in the Bundesliga while letting in 5 goals.

Meanwhile Leipzig has also scored 9 goals and conceded 5 times during the 1st half of its past 7 league-fixtures away from home.

With consecutive victories, Borussia M’Gladbach has opened a 7-point gap to the relegation-zone and lies in 11th position for now. Mainz has dropped down to 10th spot although it does have a game in hand over the teams in the top-half.

A thoroughly munificent 3.35 offer for the home-team in the Match Result & Over 2.5 Total Goals is the exceptional pick for this fixture. Borussia M’Gladbach is looking in good shape after notching successive league-wins since October last year and has scored at least 2 goals in 5 of its past 6 matches.

Moreover, Mainz has fallen to 7 defeats in the last 9 league-fixtures although it has failed to open its account in just 1 match during this period.

The 2.40 line on the home-team for the 2nd Half Result looks like another fantastic bet for this encounter.

Borussia M’Gladbach has scored 5 goals during the 2nd half of its previous 5 home-games in the Bundesliga.

Meanwhile, Mainz has managed to get just 3 goals during the 2nd half of its previous 8 league-matches on the road while also letting in 9 goals during this time.