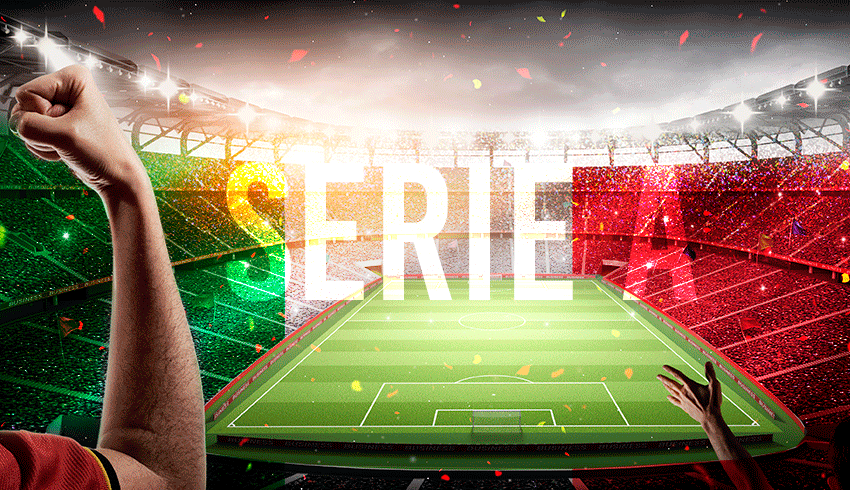 Italy’s football first division betting structure is similar to other major European leagues: the teams fight not only for the national title, but for places in the UEFA Champions League and UEFA Europa League.

Bettors can enjoy traditional markets like 1×2, Over / Under, exact score, bets on the result of the first and second half, among other secondary markets for the individual result of each match.

It is also possible to bet on the performance of the clubs by end of each season, and the most relevant markets for this type of bet would be the following:

Betting On The Games Of Juventus

For years, bettors interested in the domestic fixtures of Juve had to bet on the Italian football league, however, in the last couple of year Cristiano Ronaldo has been playing for Juventus, which is the club that holds the absolute record of Italian league titles.

After some hard years, Juventus is the dominant team in Italy once again, however, unlike other leagues where there is a dominant club, every season that Juventus has lifted a trophy in the recent years has been challenging. Lazio was for a long time a secondary team in the Italian national scene, as well as Atalanta, but both the Roman club and the Bergamo team have been very interesting to watch and that’s why they feature in our betting guide for the Serie A, making of the Italian football first division a vivid competition that can always surprise the gamblers and football fans world-wide.

Inter Milan lived glorious days under the spell José Mourinho at the beginning of the century, and Milan also won the title in that century during the years they had Berlusconi as their owner, however, the Milan rivals have not been able to beat Juventus in the last 8 seasons, however, they remain the great rivals of the Italians in the national long-term scenario.

Before betting on the results of the matches of the Italian Serie A, it is important to have in mind the schedule of the great teams, because, if there are Champions League or Europa League games in the middle of the week, squad rotations may happen, which can affect considerably the odds of a fixture.

If you are not sure which players will be used by a coach, the live betting markets can be interesting to bet after you check the confirmed line-up of each game.

It is also important to analyse the situation of each team, especially in the last rounds of each season, because while one team may have important goals, other teams may lack motivation for the final fixtures, which could affect the betting markets considerably. Check every month, BetGold betting tips.