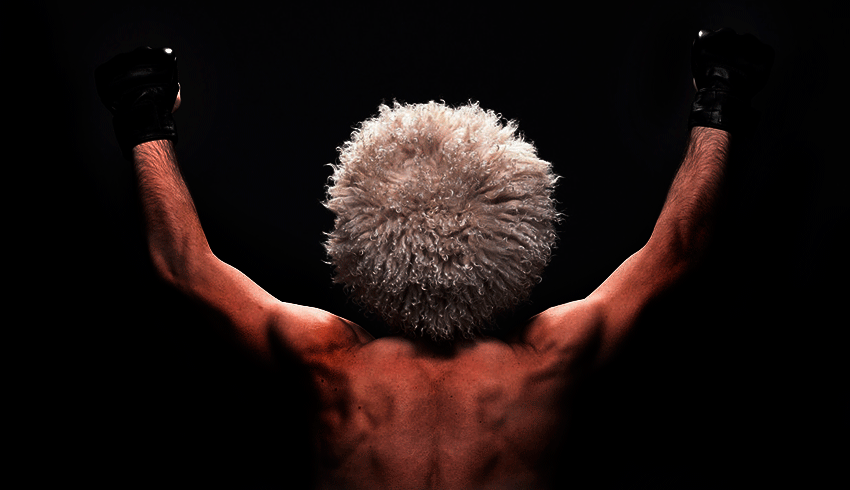 When speaking about the UFC, almost everyone around the world – whether they are a fan of the MMA league or just a general combat sports fan – will likely know the name Khabib Nurmagomedov. Simply known as Khabib by many, the MMA fighter is considered to be one of the very best to have ever fought in the octagon as he produced some of the best fights to have ever happened.

Indeed, he UFC fighter decided to retire in October after defeating American Justin Gaethje and was never defeated in the octagon, thus further putting the emphasis on the thoughts that he is one of the best to have ever been involved in the sport.

Who Is Khabib Nurmagomedov?

Khabib Nurmagomedov is a former lightweight champion within the UFC that managed to go undefeated in the 29 fights he had.

Khabib was born in the village of Sildi which is part of an autonomous region within Russia. His father was an army veteran and taught Khabib everything he needed to know in the art of combat and fighting. Having started to train with his father at the age of 8, Khabib’s dad remained his trainer until his death earlier in 2020, which is perhaps the main reason as to why the UFC fighter has decided to stop his career.

During the early years, Khabib would train in Mixed Martial Arts after he saw others training inside the gym he used. He trained in the sports of wrestling, judo and others during his younger years, which is perhaps why he became a master of the octagon.

Having made his UFC debut in 2012 after joining the combat sports organisation in 2008 following a time of competing in street fights, Khabib Nurmagomedov started to turn heads and get the attention of the world with his fighting ability.

He became the UFC lightweight champion in his 26th competitive fight when he defeated Al Iaquinta for the championship. Once he became champion, Conor McGregor appeared to put a target on Khabib Nurmagomedov’s back as they became locked in a fierce rivalry. There were many different incidents between the UFC fighters over the years that meant a lot of bad blood followed.

UFC 229 eventually saw the two MMA pros fight after there was a lot of talk between the pair. The combat took place over four rounds, however Khabib managed to dominate Conor McGregor from the off. The fight ended at the beginning of the fourth round, as McGregor was forced to submit.

The UFC contest involved more than just the fighters, though, as Khabib Nurmagomedov jumped into the crowd after he won and started a brawl with McGregor’s trainers, thus sparking an intense scene between supporters of the two UFC athletes.

Once Khabib Nurmagomedov was finished with Conor McGregor, his attention turned to Dustin Poirier as he looked to unife the UFC lightweight championship belts at UFC 229.

Nurmagomedov defeated Poirier via submission in the third round after dominating the first two rounds of the fight. With the victory, Khabib extended his winning streak to 28-0 and unified the UFC lightweight titles.

As mentioned, Khabib Nurmagomedov had decided to retire from the UFC with a legendary record of 29-0 at the age of 32. Of his 29 wins, 8 were via technical knockout, whilst he forced his opponent to submit 11 times. His last three UFC victories – McGregor, Poirier and Gaethje – all came via submission.
Throughout his career, Khabib Nurmagomedov managed to defeat some of the biggest names UFC had to offer and managed to defend his title successfully on three occasions, thus entering his name as one of the best to have ever competed in the UFC.