What Are The Odds On Brazil Winning Copa America ?

You are here: Home »  Blog » What Are The Odds On Brazil Winning Copa America ? 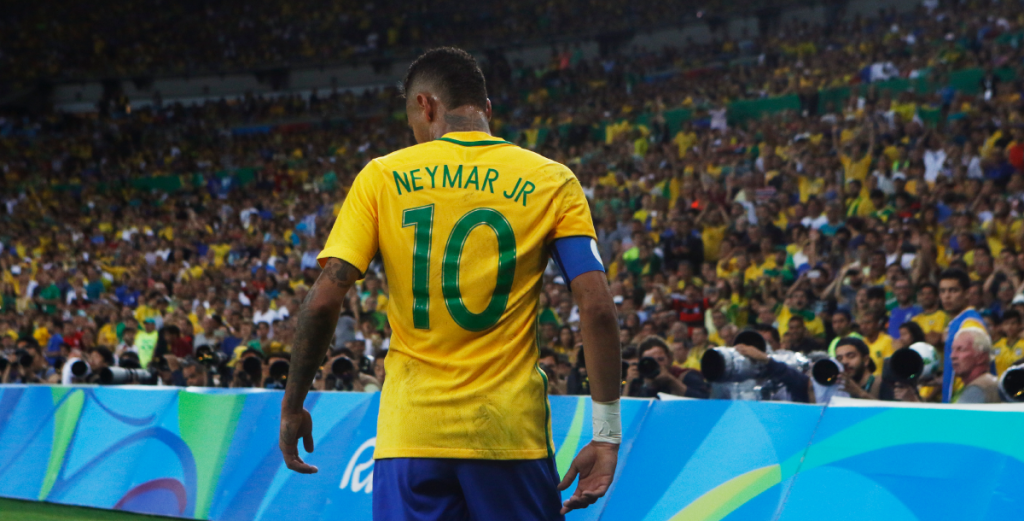 Betgold sports betting specialists believe that the Brazilian team is the great favorite to win the Copa America 2021. Playing at home, Brazil will be able to put on a football show and make the bettors happy. Check out the tips and predictions for the CONMEBOL competition.

The current coach of the Brazilian team, Tite, has been through many challenges since taking over the team’s coordination in 2016, but has been excited to win the Copa America 2021. On June 9, the coach confirmed the squad for the competition and the list of players is a delight, check it below:

The Betgold Sports betting specialists believe that the glorious Neymar will make beautiful goals, and will be well accompanied by many players on the field to raise the cup as champions in 2021 in the main CONMEBOL competition.

The Brazililian team will open theCopa America 2021 against Venezuela at the Mané Garrincha stadium on June 13th. Betting on the Brazilian team to win the first match is a great betting tip, but the team’s favoritism will guarantee low odds, around 1.17 on sportsbooks like Dafabet.

A bold prediction is to bet on Handicap -1 for Brazil in this first match, guaranteeing 2.35 odds on Sportsbooks like KTO. The Betgold betting experts indicate that Brazil will qualify without great problems to dispute the cup of the Copa America 2021, but as football is full of surprises, it’s important not to underestimate the competitors.

Mathematically speaking, the Brazilian team has a 51% chance of winning the Copa America 2021, according to a recent study made by Getúlio Vargas Foundation. As football is not an exact science, the Betgold team will closely check each match and analyze Brazil’s chances of winning the competition.

The archrival of the Brazilian team, the Argentine team, has good predictions in the competition, being quoted as one of the favorites to lift the cup. The odds on sportsbooks like Dafabet to win the competition are currently paying an average of 2.10 to Brazilto win, 3,60 for Argentine victory and 7,50 for other teams on the favorites podium, such as the Colombia.

Placing a bet on the victory of Brazil in the Copa America 2021 at the beginning of the competition could be a long shot, considering that a lot of the ball is still going to roll on Brazilian fields. The betting tip of Betgold is not to bet big on the victory of the Brazilian team at the end of the competition and that bettors should manage their bankrolls well to bet on different matches of the championship to guarantee profits.

Want to know more tips for the Copa America 2021 and other football championships? Check our sports betting tips periodically on BetGold News & Tips.