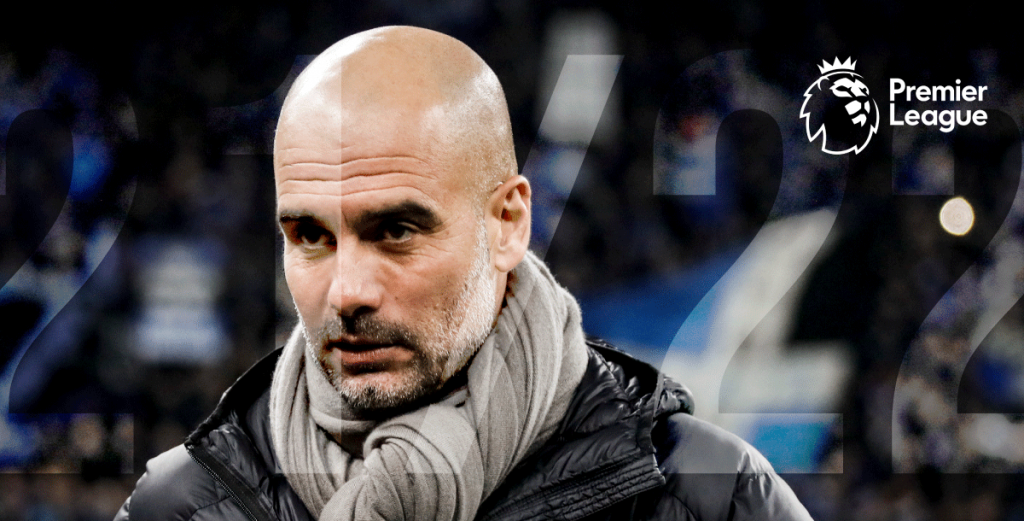 The world’s most followed league, the English Premier League 2021/2, starts on the 14th August. Manchester City are hot favourites to win the Premier League once more, beating challenges from Chelsea, Liverpool and Manchester United.

BetGold has a team of tipsters who have studied form from the end of last season, transfers, managerial changes and of course the odds, to provide the most detailed analysis on the web with predictions for the season ahead. Where is the value in the betting market? Who will win the English Premier League title, qualify for the Champions League and avoid relegation.

You can then make use of the great deals we have negotiated for you with operators such as Bet365 and Mr Green and many more.

Read our Premier League 21/22 betting guide and then place a bet on the new season, which promises to be full of excitement with the return of live audiences. Claim your welcome bonus then bet on one of our hot tips. We make it easy for you to bet on the Premier League here at BetGold providing odds, predictions and bonus offers.

Manchester City are strong favourites at 4/6 (implied 60% probability), Chelsea and Liverpool are (roughly) joint second favourites with similar odds of around 11/2 (6.5), with them both having an implied probability of 15.4% each. This then makes City clear favourites for the Premier League title in 21/22.

City’s great rivals Manchester United are narrowly behind Chelsea and Liverpool on around 13/2, (7.5), with a probability of 13.3%.

Following United are Tottenham but a long way behind at (40/1), with their North London rivals Arsenal on a fairly generous (50/1).

We start with Arsenal, and finish today on Chelsea Football Club.

After finishing just 8th last time – poor for a team of Arsenal’s pedigree – Mikel Arteta needs to show his Gunners team improving this EPL season. With Spurs competing in Europe at least Arsenal will be freer to concentrate on the domestic Premier League season.
Arséne Wenger must be looking on sorrowfully as he sees how far his old team have fallen, when qualification for the Champions League was almost automatic.
Europa League should be achievable but that’s a modest ambition.

Bukayo Saka: direct, versatile, talented, he put himself on the international stage in the Euros.

This follows their recent signing of Albert Sambi Lokonga.

Three more signings are rumoured. Nuno Tavares has been linked.

Also mentioned have been Barcelona goalkeeper Neto. Also Leicester’s excellent James Maddison is a target and would strengthen the Gunners engine room.

Arsenal are certainly spending and should be more competitive in the Premier League this season.

If one of the four favourites for the Premier League title has an off season – and one of them often does – then betting on Champions League qualification makes some sense.

Aston Villa had a good season last time out, coming 11th. But if Villa are to do even better in the Premier League this season they will need to fight off offers for star midfielder Jack Grealish, who many England fans think was under-utilised in the Euros.

Villa’s win-ratio falls amazingly – and alarmingly – when Grealish is injured.

Emi Buendia was a strong signing and they are also trying to sign young Arsenal playmaker Emile Smith Rowe.

With Grealish, Europa League qualification should be possible. But can Villa fight off Man City for Grealish?

They have re-signed Ashley Young. Harry Winks of Spurs would be a good signing. Dele Alli, also of Spurs, but seemingly now better at PlayStation than football, might be a target should Grealish go.

How Should I Bet In the English Premier League 21/22?

Chelsea is a team to consider betting on to win the Premier League.

City are rightly favourites, but the title race could be closer than the bookies think.

Study the other markets that you will see in our forthcoming guides, like the odds on silly little Brentford avoiding relegation in their first Premier League campaign.

Come back to see BetGold’s Premier League 21/22 betting guide Part 2, and sign up for our newsletter!

Whichever team you bet bold on this season, claim a great bonus offer we have secured for you with the likes of Bet365 and all our other first rate operators.