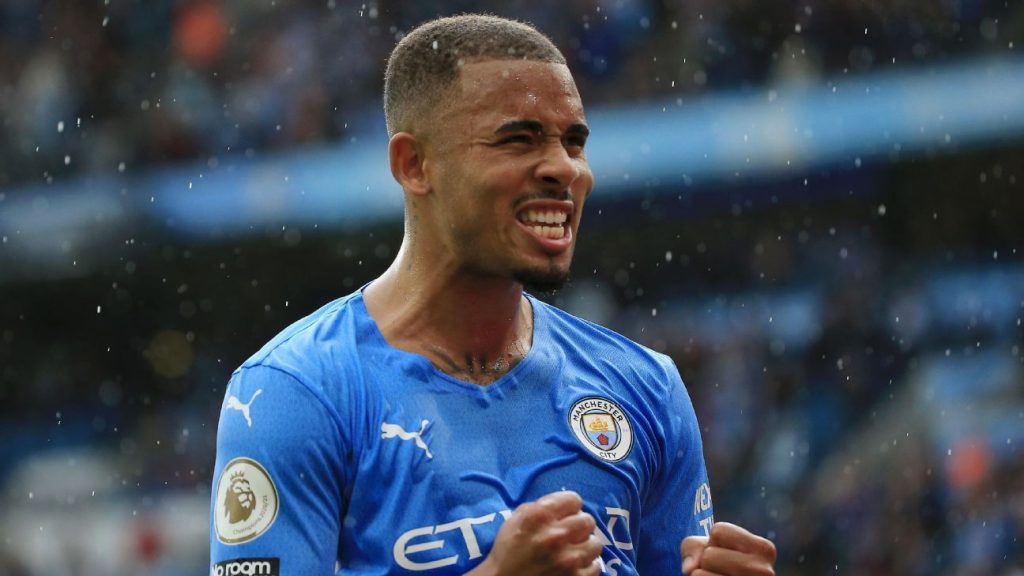 A huge weekend of fixtures is up ahead in the English Premier League that is headlined by the Manchester derby on Saturday afternoon. European champions Chelsea remain at the top of the league standings after extending its tally to 25 points. Liverpool lies 3 points behind in 2nd position with Manchester City 2 points further off in 3rd spot. Burnley, Newcastle United and Norwich City are still the 3 teams in the relegation zone.

After its humiliating loss two weeks ago, Man Utd ended its 4-match winless-run to climb up to 5th position. Man City suffered its 2nd league defeat of the season to drop 5 points off the top in the standings.
Over 2.5 Total Goals at odds of 1.60 looks the safest bet despite the fairly light returns. The last 2 away matches for Man City have delivered 4 or more goals. On the other hand, 5 of the previous 7 league games for Man Utd have seen at least 4 goals.

Favouring the away-side for the result also looks a good choice for this fixture. Man Utd has failed to win the last 3 home-games and scored only 1 goal. Man City has taken 10 points off the last 4 away matches and is likely to lose to league-matches in a row.

Since its only league-defeat, Chelsea has racked up 4 straight victories to take hold of pole-position in the EPL table. Burnley remains in the bottom-3 but the Clarets did pick up its first win of the campaign last week.
The 1.70 line on the home-team for a Clean-Sheet is a good deal. Burnley averages only 1 goal per game and will do well to get any in this match. The Blues have the best defensive-record in the league and have not conceded a goal in the last 3 EPL games.

The 1.95 offer on the home-side to Score in Both Halves also presents good value. Burnley has conceded during both periods in 4 of its 5 away-matches this season. Chelsea has failed to get a goal in both the halves only once in its 5 home-games while scoring at least 3 in the other 4 matches.

After a bright start, Brighton has slowly drifted down to 8th spot having failed to win any of its past 5 league-games. Without a permanent manager in charge, Newcastle is yet to pick up a win and is still 19th in the table.
Taking the 1.85 line for Under 2.5 Total Goals appears to be a safe option. Brighton has kept 2 clean-sheets at home but has only scored 5 times in 5 EPL matches at the Amex Stadium. Meanwhile, Newcastle has not managed to score more than 1 goal in any of its 5 matches on the road.

The 2.05 line on the 2nd Half as the Highest Scoring Half looks a decent pick. Brighton has scored 7 of its 11 goals in the Premier League during the latter period. At the same time, Newcastle has conceded in the last 45 minutes of each away-game this season.

Heading into this clash following 3 successive defeats, Everton has dropped down to 10th position in the EPL standings. Spurs are just a point above as Antonio Conte is set to take charge after replacing Nuno Espirito Santo.
Opting for the 1.66 line for Spurs in the Draw No Bet market is probably the safest choice in this clash. Everton has only collected 4 points off the past 6 matches in the Premier League. Tottenham is in slightly better form having picked up 2 victories from its previous 7 league-fixtures.

The 2.70 price on Over 1.5 Goals for the home-side is worth taking a punt at. Everton has scored 2 or more goals in 4 of its 5 games at Goodison Park. Meanwhile, Spurs have shipped in 16 goals in its past 7 EPL matches and that trend is not likely to change overnight.

Having earned 3 league-wins in a row, West Ham has climbed back into the top-4 of the Premier League. Liverpool is still undefeated in all competitions but the Reds have just 2 victories in the past 5 EPL matches.
West Ham has been quite consistent up front and has scored a goal in every match at the London Stadium this season. On the other hand, Liverpool has netted 3 or more goals in each of its 5 league-games on the road. And so the 2.20 price for over 3.5 Total Goals promises good value.

The 2.20 offer on the away-side to Score in Both Halves is also worth taking a shot. West Ham has not kept a clean-sheet in any of its 5 home-games. Liverpool is in free-scoring form and has scored during both periods in all their 5 away-games in the Premier League.

We have lots of golden welcome offers negotiated for you exclusively here at BetGold. Use an operator’s money to bet by signing up straight away. Study our Premier League, Bundesliga, La Liga and Serie A betting guides and use our odds, predictions and tips to bet bold with a generous welcome bonus.