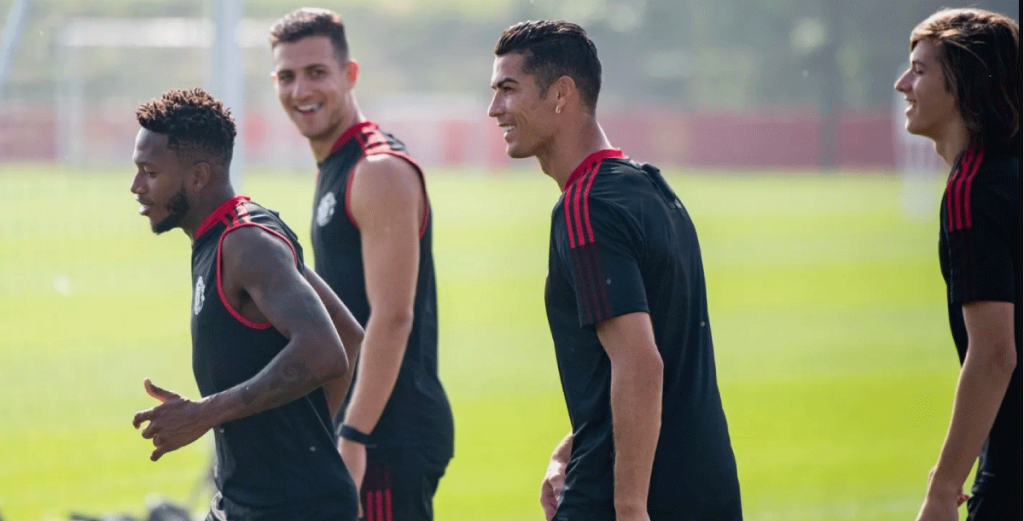 The Premier League is back – and so is Ronaldo, as he makes his second debut for Manchester United against Newcastle. Here we provide you our valued customers with all the odds, predictions and tips for match day four of the Premier League 2021/2. There are some nice bets this weekend, so lump on!

Or should that be “Ronaldo v Newcastle”? Both to reflect the hype about the return of the great Portuguese striker and to reflect that Ronaldo could probably beat Newcastle on his own the way they are playing.
If you are interested in the Ronaldo specials market, that could take an entire article of its own: William Hill in particular has a huge selection.

The Premier League top scorer is a particularly interesting bet given that Lukaku is also brilliant at finding the net.
Or you could have Cristiano Ronaldo Over 18 Goals, Over 6 Assists & Over 5 Cards all in The Premier League 21/22 at 14/1.

Newcastle has been disappointing so far with manager Steve Bruce already under pressure and seeing as he almost always seems to roll over against his old club it is very unlikely Newcastle will spoil Ronaldo’s homecoming.
So far they have had two defeats and then their chances of a first win of the season against Southampton were dashed when they conceded in the 96th minute; painful.

Newcastle finished 12th last season and were predicted to finish 14th this season (after another disappointing transfer window) with a 22 percent chance of relegation. But now the bookies seem to reckon they will finish 18th with a 37% chance of relegation. Owner Mike Ashley seems only interested in Premier League survival and is happy always to cut it fine, but many on Tyneside are worried he is cutting it too fine.

As for United, we are far from convinced that they have enough to overhaul Chelsea or Manchester City in the title race. The arrival of Ronaldo should certainly guarantee goals but doesn’t solve their bigger problem of an inconsistent midfield where much responsibility rests on the brilliant but not always reliable Paul Pogba.

At Juventus Ronaldo scored a huge number of goals but it became the Ronaldo show, and the team as a whole got worse. There was frustration too about Ronaldo refusing to join in with the high press – so important in the modern game, and imperative that the entire forward line joins in. Ironic really when he set a new bar for skilful players by showing that galacticos should be work horses as well as show ponies.

Anyway, these issues will unfold over the season – for now let’s just enjoy the Ronaldo party.

United looked poor last weekend against Wolves but should have way too much for Newcastle.

We are not even going to bother putting the odds in a table because you won’t bet – Newcastle are 15 for the away win! A draw is 7.5 and United are 1.17. Still, someone will stick some money on Newcastle and probably prove all the experts wrong by winning a fortune…

But the odds of an away win don’t look that attractive. Palace have drawn two, including a strong draw at West Ham before the break. The last two matches between these two have ended 1-1.

Under 2.5 goals is an interesting bet as this is often the result between Palace and Spurs.

More relevantly really, the three games Spurs have won have all been by scoring just the one goal per game.

Mikel Arteta needs a win with Arsenal finding themselves slumming it in bottom place.
And facing Norwich – favourites to go down – Arsenal won’t have a better opportunity to rise up the table and to put to bed that 5-0 humiliation to Manchester City.

Norwich have spent big for them with the additions of Werder Bremen pair Milot Rashica and Josh Sargent and Norway international midfielder Mathias Normann, along with defender Ozan Kabak from Schalke and the excellent Billy Gilbert from Chelsea.

But they have a terrible goal difference after facing Liverpool and Manchester City (at least those fixtures are out of the way) and then a 2-1 loss at Carrow Road to Leicester.

An away win is priced at odds of 6.2 at Arsenal – which suggests Norwich must be really bad.
The draw is odds of 3.25.

Arsenal are priced at just 1.5 – hardly generous given Arsenal’s start without even a goal to their name.
Consider the over 2.5 goals as both have leaky defences – the question being whether either have the strikers to take advantage.

We told you Brentford would do well.
They impressed against Villa with their highly promising striker Ivan Tooney scoring. But it is their defence which has tamed a few Premier League sites, conceding three times this season.

Brighton are doing well, too. They probably deserved more in their defeat against Everton. But they have injuries and struggle on the road.

Both teams score slightly more than they concede, Brighton being the more free-scoring but also the leakier.
A hard one to predict against two fairly evenly matched teams but we are predicting a draw at Premier League odds of 3.1.

The closeness is reflected in that the exactly the same Premiership odds are available for a home and away win (2.66 with Neo.bet).

BetGold prediction: draw
Premier League odds with Neo.bet: 3.1 for the draw
Under 2.5 goals: 1.49

Leicester have two wins – re-assuring fans after a dodgy preseason – but it’s hard to see anyone bar Chelsea stopping Manchester City, and an away win with odds of just 1.58 looks about right.

BetGold’s Premier League betting tip: No value, even in the over 2.5 goals market

Southampton have lost five matches out of six, conceding 11 times.

Other bad stuff for Southampton? In seven games against West Ham they have not won, and have failed to win either of their previous two matches. They also have injuries while West Ham have none.

The Hammers are unbeaten in their last trips on the road.

Both teams can score so we predict that West Ham will win 2-1. We are surprised Neo.bet makes Southampton quite short-priced at 2.94. We would consider the draw at 3.35 but we just think West Ham are a very good team and are looking in great form already.

BetGold betting tip: Bet on West Ham to win away

Wolves have suffered three 1-0 defeats but we thought they looked full of fire and arguably should have beaten Manchester United.

Watford have surpassed expectations and are happily mid-table having beaten Aston Villa and Crystal Palace.
They lost 1-0 to Tottenham but so will better teams this season. Watford are 3.35 for a home win (Neo.bet). The draw is 3.05. Wolves are 2.24.

In the 2020/1 season we might have backed Wolves at those Premier League odds but we prefer odds of 3.05 for the draw are more interesting.

By the way, check out the under 1.5 goal market: 2.84. Wolves have fired blanks in 5 of their last 6 outings in the Premier League and have seen under 1.5 goals in their three last games.

Chelsea should win comfortably but at odds of 1.28 our wallet remains in our breast pocket.
So look at over goals if you have to bet on this one.

3.0 are the odds for over 3.5 goals with Neo.bet – and with Lukaku playing, why not? Villa have scored in 12 of their last 13 Premier League matches.

BetGold tip: over goals are the only way, be bold.

This is probably because Liverpool won so consistently away, winning every away match since April – when they drew at Leeds!
Leeds were thumped 5-1 by Manchester United and drew at Burnley and home to Everton.

BetGold betting tip: there are better bets out there this weekend

Rafa Benitez looks like a miracle worker again, spending tiny sums on several players and getting Everton to 6th in the Premier League.

Burnley have struggled this season so far as they did last. They are at odds of 4.65 away while you can have a draw at odds of 3.55 the draw but we think Everton will be too strong at home.

Great Betting Bonuses to Bet on the Premier League

Take a welcome offer with a new bookie like Neo.bet or Merkur –and bet on one of our tips with your free bonus to get in on the Premier League betting action. All odds subject to change. Please play responsibly.