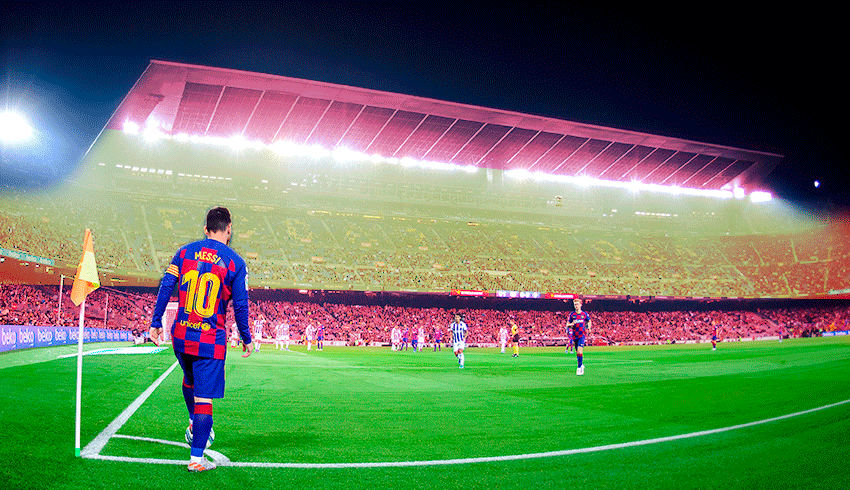 La Liga is Spain’s first football division an it’s a unique tournament that until recently brought together the two best players in the world, Messi and Cristiano Ronaldo, defending the colours of the rivals Barcelona and Real Madrid.

The rivalry between the clubs goes far beyond football, as Real Madrid represents Spanish national pride, which is why their fans carry Spanish flags to the stadium, while the Barcelona fans represent Catalan regional pride, which adds even more tension to the very disputed games of “El Clásico”, as the game is known all over the world.

In addition to the Spanish giants, Atlético Madrid emerges as the third force after a relatively obscure period. The tournament is no longer a fight between two rivals, and the presence of three very strong teams has revamped one of the largest domestic football leagues on the planet.

It is possible to bet individually on the outcome of each match, in the traditional 1×2 market, as well as through special odds such as “1X”, “2X” and “1 + 2”. If you are going to bet on a Real Madrid or Barcelona match, chances are the low odds are not so attractive to you, and for that reason, La Liga is an interesting market for handicap bets, including Asian Handicap.

La Liga is a tournament that naturally produces dozens of goals in each round, which means that goal betting markets (over / under) are quite popular among first division bettors of the Spanish league.

The battles for the title of the Spanish league are usually very fierce, which means that you can bet on who will win the next title of the Spanish league, and this is a market that changes all the time: recently a change of position between Barcelona and Real Madrid completely changed the situation of the so-called outright markets, which means that it is worth checking the odds of that market round after round.

Traditionally, Real Madrid and Barcelona are the favourites to win the La Liga title, but Atlético Madrid recently surprised the football world with a title under the spell of Argentine coach Diego Simeone, which means that their high odds must also be considered, as they could yield good profits at the end of each season of La Liga..

La Liga’s secondary betting markets include bets on the number of corner kicks in each game, the number of yellow cards and possible red cards, the exact results of each match, the result of the first and second half, as well as the specific time in which goals may happen.

It is also possible to bet on whether specific players like Messi, Suárez, Benzema or Vinícius Júnior will score goals in the next match.