The Top 5 Brazilian Footballers Of All Time

You are here: Home »  Blog » The Top 5 Brazilian Footballers Of All Time 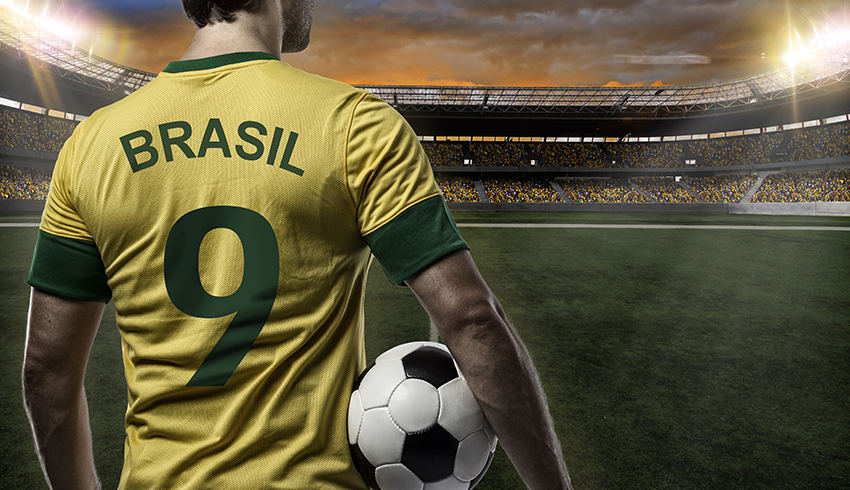 Who Where The Biggest Brazillian Football Players Ever?

Any list of that kind will be incomplete. Brazil has a long tradition in the world of football and some impressive talent never even get to cross the borders until quite late in their careers, especially in the old days of Pelé, Garrincha and Zico.

Let’s celebrate the Brazilian talent that brings so much entertainment and emotion to our world of footie with BetGold’s Top 5: Best Brazilian Footballers of All Time.

Any good list must have some kind of criteria, and the primary criterion we used is relevance to win World Cup titles as a protagonist, and as a secondary criterion, The Ballon D’or and The FIFA Player of the Year Awards. As a final criterion, the UEFA Champions League titles won by the player.

Many claim that he really was fundamental for Pelé to become the King of Football. He had impressive dribbling skills that many kids may never have heard of, but his legacy is known world-wide, and perhaps the most impressive piece of information about him is that the Brazilian international selection never lost when Pelé and Garrincha played together!

Flamengo fans may argue that he deserved a spot higher than 4th place, however, in spite of his legendary skills including impressive accuracy to score taking free kicks, his generation of 1982 didn’t win the World Cup, otherwise he could well be at the very top of this list.

The Brazilian team of 1982, however, is celebrated in Brazil and considered by many to be a team that deserved winning that tournament.

Ronaldo was an impressive striker, perhaps one of the strikers with the best dribbling skills of all time. It’s not that easy to dribble when you are a big guy like Ronaldo, but the kids that grew in the 90’s were amazed by the striker that dribbled easily, and he was also able to sprint vigorously to leave behind defenders and score almost 400 goals in his career in official games.

Ronaldo was quite important for Brazil in 2002, and while Scolari may consider that Rivaldo was the big star of that World Cup, Ronaldo will always be remembered by his goals against Germany in the big final in Yokohama.

Ronaldo was older than Ronaldinho during the World Cup of 2002, and while he was a secondary name in a splendid team, Ronaldinho was clearly impressive in terms of skills. Ronaldo may have won the FIFA World Player of the Year three times and the Ballon D’Or twice, but Ronaldinho eventually won the World Cup as well as the UEFA Champions League with Barcelona in 2006.

Both Ronaldos had impressive careers, but while Ronaldo Nazário was more of a striker than Ronaldinho, who was an attacking midfielder, the player from Porto Alegre was famous for his ball control, tricks, and dribbling skills.

It is true that most living football fans in Brazil haven’t seen much of Pelé’s active days, but his skills are so impressive that even some black and white tapes from the 1958 or 1962 World Cups are more than enough to show that he was probably unbeatable. Football was very different back in the days of Pelé’s prime time playing football, and any comparison through the generations is complicated, but it’s fair to say that Pelé is considered the King of Football for a reason.