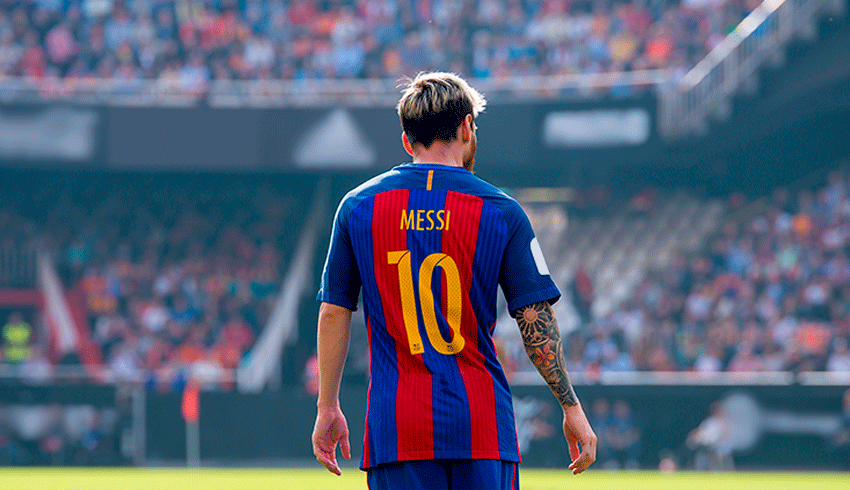 Will he leave Barcelona? The aftermath of the FC Bayern fiasco left more questions than answers in the air, and even Piqué, a name that is strongly linked with the future of Barcelona’s politics said he was unsure about the future in the interview straight after the game.

Reportedly, Messi’s father has lots of business interests in Milan, and it was said, including in the Italian media in the past, that if Messi left Barcelona one day, Inter Milan could be the most likely destination.

It is impossible to think about this possibility without having in mind the fact that Cristiano Ronaldo is a player of Juventus, and both players seem to like the games in which they face each other. A strong rival surely makes you stronger too, and the most prestigious players of our time seem aware of this fact.

Messi has played for Barcelona in the first friendlies of the 2020/2021 season, but the rumours seem very strong in Barcelona, and unlike in the past, the end of the current transfer window doesn’t seem to be enough to stop the echoes of the big loss against FC Bayern and what many believe is the end of the cycle of Messi wearing Barça’s colours.

Many believe in the Spanish press that what happened in the 2019/2020 UEFA Champions League won’t be forgotten easily, and Messi will now be just like Neymar, i.e., a big helping hand to sell newspapers filled with rumours about his future.

In the recent past, Ronaldo and Messi seemed to be rather ‘steady’ guys in terms of how they see their careers, but much to the amusement of the press, now all the big names of world football are somewhat ‘capable’ of moving around the borders of Europe.

Neymar, Messi and Cristiano Ronaldo won’t necessarily play for PSG, Barcelona and Juventus respectively, but the clubs capable of hiring these guys are still very few as they haven’t become any cheaper in spite of the covid19 crisis – everyone wants these players and that hasn’t changed.

Messi Teaming Up With Cristiano Ronaldo At Juventus?

It’s rumour season, and many journalists started to imagine what a PSG, Barcelona or Manchester City (or even Juventus), would look like if they could have more than one of the big names of European football these days.

Would Messi and Cristiano Ronaldo eventually play for the same team? Would Neymar team up again with Messi in England or France, or even again in Barcelona? Would Messi become the rival of Ronaldo in Italy? It looks like it will be a window especially full of rumours until it closes eventually.

Time will tell whether Messi will join his friend Neymar somewhere in Europe or even, to the amusement of an entire generation, team up with Ronaldo to form the attack of an era.