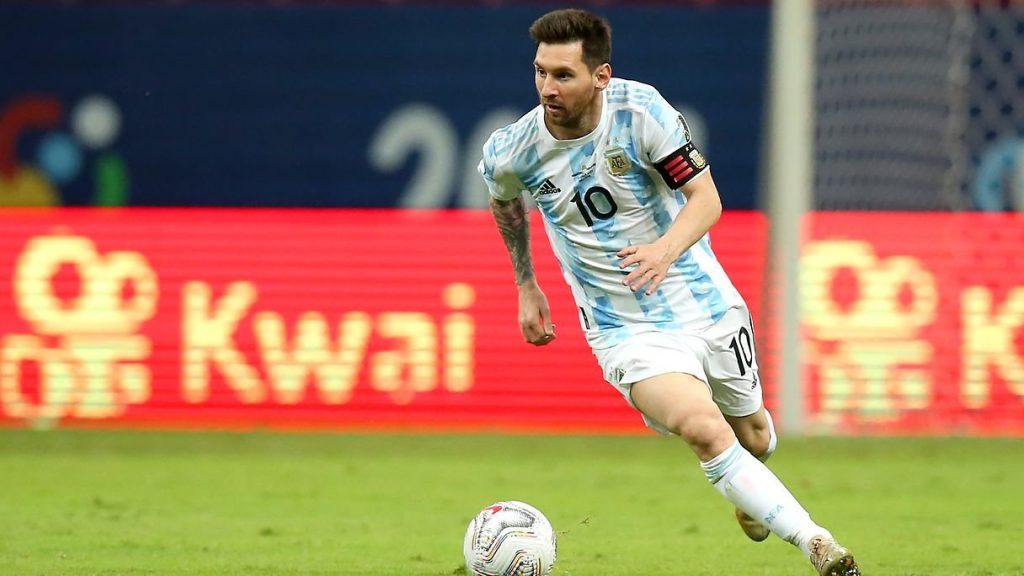 All the big beasts of Europe are in action for World Cup qualifiers this weekend while in LATAM the big match is clearly between those great rivals Brazil and Argentina.

Odds on Brazil v Argentina in the World Cup Qualifiers

Brazil are at World Cup qualifier odds of 2.21 to beat Argentina at home on Sunday with Messi’s Argentina outsiders offered at odds of 3.76 while the draw is available at 3.25.
On the face of it, you can see why Brazil at home is such a strong favourite. Brazil has won all seven of its World Cup, and the five-times world champions are six points clear of Argentina in their group.

However, for these matches Brazil are without 9 Premier League stars who the FA did not allow to travel to Brazil being what the UK terms a “red list” country due to the rate of Covid in Brazil.
That showed in Brazil’s laboured 1-0 victory over Chile.

Argentina, by contrast, have only lost four players to the Covid ban.
We still think Brazil are the more likely of the two to win this but we are not tempted by those World Cup qualifier odds. For us a bet on the draw at odds of 3.25 looks quite tempting.

An interesting match is Slovakia (Fifa ranking of 38) hosting Croatia. Croatia have drawn a lot of recent matches so odds of 3.5 for the draw has got us reaching for our wallet.

Israel (81) are home to Austria. Israel is in form, although we are not going to take seriously their 4-0 win over the mighty Faroe Islands. Austria’s recent sequence has been win then loose and they are due to lose their next game, but this can’t last forever. An away win at odds of 2.2 might just be worth a very small bet.
Because Europe contains countries of such differing size – and thus footballing ability – there are some real mis-matches with some tiny footballing nations facing the giants.

On most of these there is very little value as the odds are incredibly short on the favourite and the chances of an upset very small.
Sunday sees most of the European footballing aristocracy in action.
England are 1.02 against Andorra, so no point betting.

The first goal-scorer market is more interesting, but with three matches in 11 days there is much squad rotation so you are betting on the team selection as well as the scorer.

With England likely to make major changes for the match we think the in-form Patrick Bamford will be England’s main striker having not come on against Hungary. We have bet on him at 2.7 with Bet365.

The odds are too short on Belgium and we can’t bet on Romelu Lukaku for first scorer at 3.6 because we don’t know if he will play.
We have bet on “both teams to score”. The odds are 2.05. These countries are both decent in front of goal.

How about the excellent Erling Haaland to score the first goal in the Latvia v Norway World Cup qualifier. Odds are around 2.75 for by far the best striker on the pitch.

Italy are 1.95 against Switzerland away but despite their Euros triumph they didn’t look great in the draw with Bulgaria. We are not risking any money on them.

How to Bet on the Qualifying Matches For The World Cup

Click on one of the banners on BetGold to claim a fresh bonus with a bookie where you don’t yet have an account, then bet on the World Cup Qualifiers using our tips and predictions.